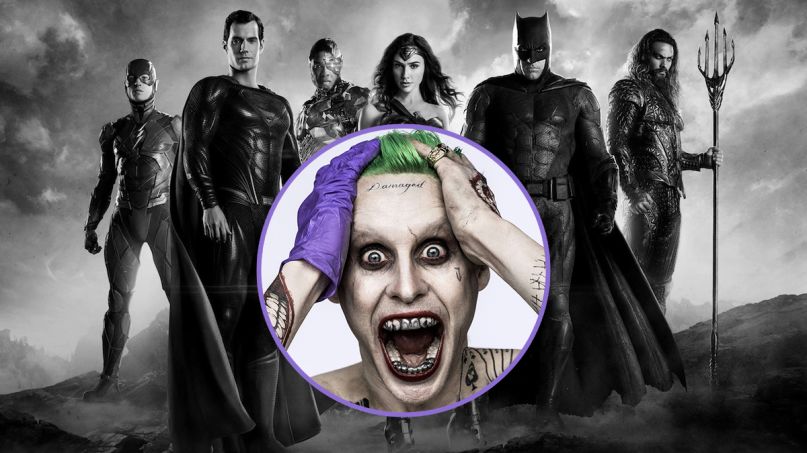 Well, isn’t this a laugh. Zack Snyder’s new Justice League cut went from no reshoots, to select reshoots, to adding a whole new character, as Jared Leto is reportedly reprising his role as Joker.

Sources tell The Hollywood Reporter that Leto is heading to the set of what’s officially titled Zack Snyder’s Justice League. He’ll be returning as the Clown Prince of Crime for only the second time, having first debuted as the updated take on the classic villain in 2016’s Suicide Squad. This will also reunite him with Ben Affleck’s Batman, who cameoed in Suicide Squad and is also back for Snyder’s new round of filming.

Other actors taking part in the reshoots include Ray Fisher (Cyborg) and Amber Heard (Mera). Henry Cavill and Gal Gadot were rumored to be coming back for more Superman and Wonder Woman scenes (respectively), though that hasn’t been confirmed and the former actually denied he was taking part.

Though we already already knew the Snyder cut would introduce new villains, Leto’s return is a bit of a shock. It’s understood that big bad Darkseid was always in Snyder’s original plans, but Joker was never even rumored to be a factor.

The fact that there is more filming at all is a major turn around for Warner Bros and HBO Max. Originally, the plan was to give Snyder about $20 million to finish special effects and editing on his version of Justice League. (The failed theatrical release was shepherded by Joss Whedon after Snyder left due to a family loss.) Now, however, the studio is reportedly upping the costs to $70 million so Snyder can shoot new scenes.

Alongside the addition of Leto comes the subtraction of producers Jon Berg and Geoff Johns. The pair were studio executives when Justice League was originally put together, and they oversaw Whedon’s failure of a salvage job. Berg has since been ousted from his position while Johns was demoted to producer and screenwriting roles. Since neither are involved with Zack Snyder’s Justice League, and to respect the idea that this is truly the director’s vision for the film, they’ve both been removed from the credits.

Those following the Snyder cut drama closely might think Berg and Johns’ removal has something to do with Fisher. The actor has long called for accountability over what he claims were abusive on-set practices by Whedon, naming Berg and Johns as enablers. WB has since launched an investigation, though THR reports this has nothing to do with the former execs being kept of Zack Snyder’s Justice League.

We’ll see exactly how much screen time Leto’s Joker gets — and how much more completely new material ends up in the film — when Zack Snyder’s Justice League debuts on HBO Max. The premiere target is currently set for next year, with the “movie” being presented in four one-hour parts.