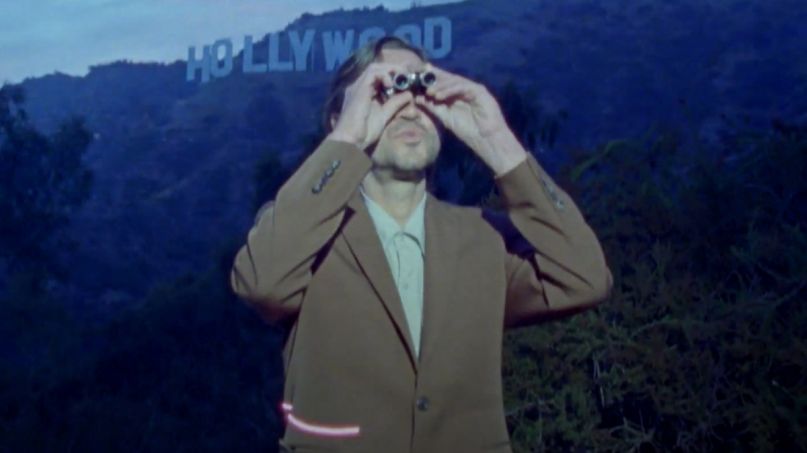 “Brand – E” is a five-minute burner that turns a mellow keyboard melody into an Aphex Twin-like number featuring a breakneck jungle beat, throbbing synths, and some blissful drum fills. Technically it’s an uptempo song because of its time signature, but Frusciante’s production work gives the whole thing a surprisingly relaxing feel.

In the song’s music video, directed by Amalia Irons, a white-eyed blind woman can be seen walking through a dark tunnel and onwards towards downtown Los Angeles. Meanwhile, Frusciante himself is standing in a glass botanical room while lasers scan his body and flash across the sky. Things get more supernatural from there in what’s essentially an abstract sci-fi short. Watch it below.

Maya is due October 23rd via Timesig. In addition to his solo work, Frusciante recently rejoined Red Hot Chili Peppers, and together they’re recording a new album.