John Leguizamo on Latin Trump Supporters: “Latin People for Republicans Are Like Roaches for Raid”

The actor describes Hispanic Trump supporters as "self-defeating and selfish" 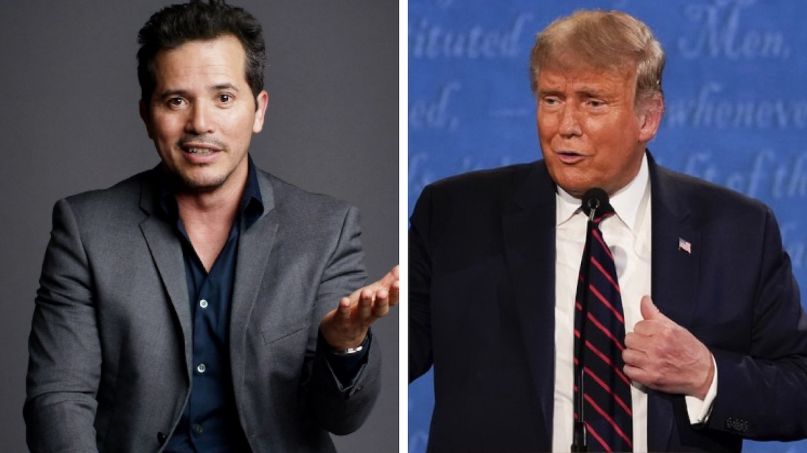 John Leguizamo isn’t a fan of Donald Trump, and he doesn’t understand why any self-respecting Latinx person would be either. During a new interview with Bill Maher, the actor described Trump supporters who are Hispanic and Latinx as “self-defeating and selfish,” going so far as to say, “Latin people for Republicans are like roaches for Raid.”

Leguizamo appeared virtually on HBO’s Real Time With Bill Maher this past Friday to respond to a report that suggests President Trump is popular among young Latinx voters “because of the machismo factor.” The When They See Us actor didn’t hold in sharing his contempt for Trump or fellow Latinx people who vote for him.

“Latin people for Republicans are like roaches for Raid. Let’s get real. I just feel like there’s a level of self-hate or just lack of care for the rest of your Latin brothers and sisters who are in cages, who are being demonized by this president,” said Leguizamo. “Hate crimes against Latin people are way up. How can you not… 23 people were shot in El Paso for just being Latin, and you don’t care so you’re gonna vote for this braggadocio president? I just feel like it’s self-defeating and selfish.”

According to a New York Times article from last week, nearly 30% of Hispanic voters say they support Trump in the upcoming election “despite his anti-immigration rhetoric and policies.” Leguizamo said Trump’s attack ads centering on Joe Biden’s faith are at least partially responsible for these numbers.

“They’re microtargeting Latin people in Arizona through WhatsApp… and they’re spreading this stuff that Biden is about to steal the Virgin Mary,” Leguizamo explained. “First of all, he’s a super Catholic. What’s he gonna be, like the Grinch with a big bag stealing the Virgin Mary? Who’s gonna carry those heavy-ass statues? Come on! He’s not taking the Virgin Mary.”

There’s two weeks until Election Day and everyone seems to have an opinion. Sex Pistols’ Johnny Rotten said he’s voting for Trump, Ice Cube worked with Trump’s administration to create a “Platinum Plan” for Black Americans, and Diddy thinks there will be a “race war” if Trump’s reelected. Throughout all of this, Trump is still getting slammed with cease and desists from some of the most beloved musicians in the business, ranging from Phil Collins to John Fogerty.