The punk singer sympathizes with Trump over being labeled as a racist: "I'm offended for anybody who's called that." 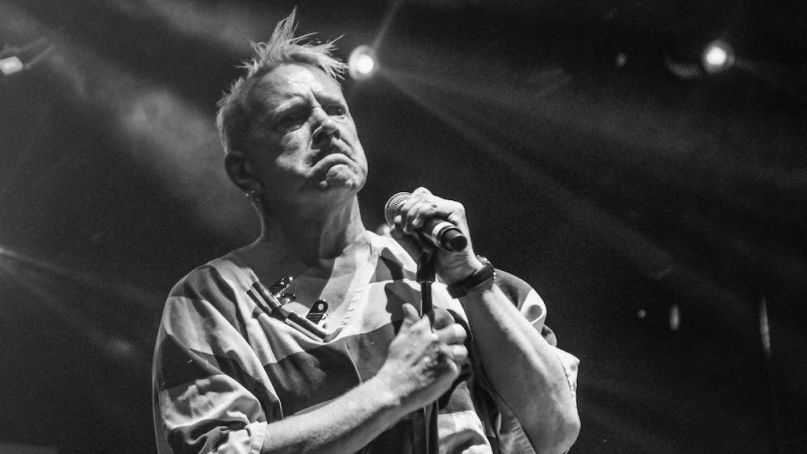 In case his T-shirt didn’t give it away, former Sex Pistols frontman Johnny Rotten, a.k.a. John Lydon, will support Donald Trump in the upcoming US presidential election.

In a wide-ranging interview with The Observer, Lydon said he’d “be daft as a brush not to” support Trump, adding, “He’s the only sensible choice now that [Joe] Biden is up – he’s incapable of being the man at the helm.”

He cited Trump’s handling of the economy, and said he also sympathizes with Trump over being labeled as a racist. “I’ve been accused of the very same thing, so I’m offended for anybody who’s called that.” (In 2008, Bloc Party frontman Kele Okereke accused Lydon of an “unprovoked racist attack” that resulted in Okereke suffering severe facial bruising and cuts to his face. Details of the incident, which allegedly occurred backstage at a music festival in Spain, were later corroborated by members of Foals, Kaiser Chiefs, and Mogwai.)

When the interviewer asked Lydon about the killing of George Floyd by police, Lydon responded: “There’s not anyone I know anywhere that wouldn’t say that wasn’t ghastly. Absolutely! It doesn’t mean all police are nasty or all white folk are racist. Because all lives matter.”

Though he hails from London and fronted one of the most famous bands in UK history, Lydon became an American citizen in 2013 and currently resides in California.

That said, the “God Save the Queen” singer still has some strong opinions about the British monarchy. “My feeling about the royal family is one of sorrow. I’ve always felt they’re poor little birdies trapped in cages, gold cages, but they’re still entombed,” he told The Observer.

Lydon then proceeded to single out Meghan Markle, calling her a “dreadful person” and a “very bad actress.” He added, “Stop being self-righteous and smug, that’s what she needs to do. She’s hopping on a cause. There are valid cases out there, genuine people who need help.”

John Lydon’s entourage attacked @keleokereke and used racist language. We were there. That he uses that incident as his reason to support Trump is extremely telling. What a disappointing man. https://t.co/P1g7U9tiph