"It was my firstborn," she explains 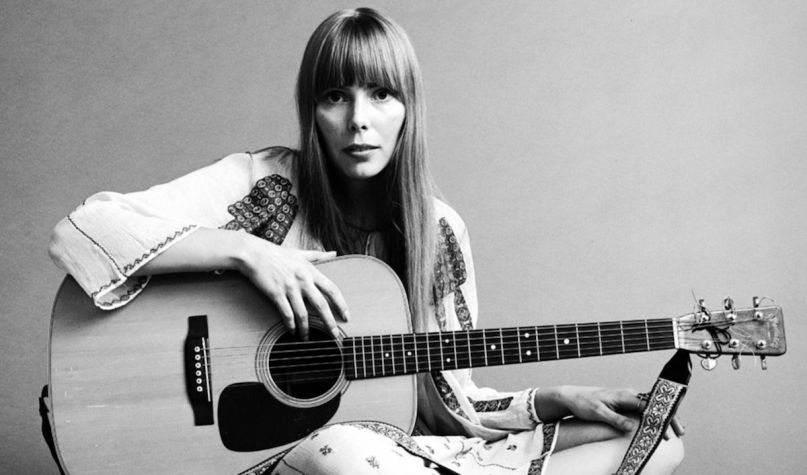 Joni Mitchell has shared a rare piece of folk history today: the first-ever demo from he illustrious career. The track is titled “Day After Day” and it comes from Mitchell’s forthcoming collection Joni Mitchell Archives Vol. 1: The Early Years (1963-1967), which is due out October 30th. Stream it below.

“It was my firstborn,” said Mitchell of the track. “I didn’t know whether it was a good song or a bad song. It was just the first one that came out.”

“Day After Day” was recorded as a demo for Elektra records co-founder Jac Holzman back on August 24th, 1965. While it’s not her earliest-known recording — that title goes to her cover of “House of the Rising Sun” from 1963, which is also included in the upcoming collection — it is her first original demo and one that was previously unavailable to the public. The set during which she recorded “Day After Day” also included demos of “What Will You Give Me”, “Let It Be Me”, “The Student Song”, and “Like the Lonely Swallow”.

The Early Years (1963-1967) includes an additional six hours’ worth of home, live, and radio recordings that were never released to the public, as well as 29 formerly unreleased songs. Plus, it comes with a 40-page booklet including extensive liner notes penned by Cameron Crowe. Order your copy here.

In a statement, Mitchell said she had intentionally “lost” a lot of her earliest songs, only to rediscover them later in her career. “They only exist in these recordings. For so long I rebelled against the term, ‘I was never a folk-singer.’ I would get pissed off if they put that label on me. I didn’t think it was a good description of what I was. And then I listened and…it was beautiful. It made me forgive my beginnings. And I had this realization…I was a folk singer!” Listening to this demo, it’s no wonder she finally felt proud to embrace the term.