"I came back from polio, so here I am again, and struggling back." 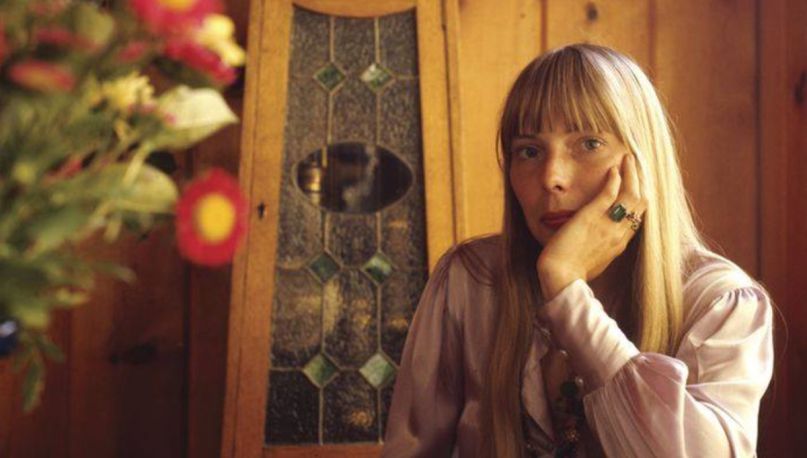 In 2015, Joni Mitchell suffered a brain aneurysm and had to be hospitalized for months. Reports on her condition were sparse, and the folk legend herself kept quiet about many of the details. That is, until now: Five years later, Mitchell has finally opened up about that very scary time and her recovery progress so far in a rare Guardian interview conducted by friend, writer, and renowned director Cameron Crowe.

While still in the hospital, close friends claimed Mitchell had lost her ability to speak. Speaking to Crowe, Mitchell confirmed that that was indeed the case, but that wasn’t all that was taken from her. “I couldn’t talk. Polio didn’t grab me like that, but the aneurysm took away a lot more, really,” she recalled. “Took away my speech and my ability to walk.” Mitchell’s speech eventually returned, but five years later she’s still “struggling with” walking.

Understandably, she’s put music-making on the back-burner as she concentrates on “getting my health back.” “I haven’t been writing recently,” she explained. “I haven’t been playing my guitar or the piano or anything.”

Despite these setbacks, the 76-year-old doesn’t sound discouraged about her future. “You know what? I came back from polio, so here I am again, and struggling back,” said Mitchell. She later added with a laugh, “I’m a fighter. I’ve got Irish blood! So you know, I knew, ‘Here I go again, another battle.'”

Mitchell may not be writing new music at the moment, but she does have a big release on the way in the form of Joni Mitchell Archives Vol. 1: The Early Years (1963-1967). The archival collection, due out October 30th, features an early recording of “House of the Rising Sun” and the first-ever original demo of her entire career, “Day After Day”. Order your copy here.