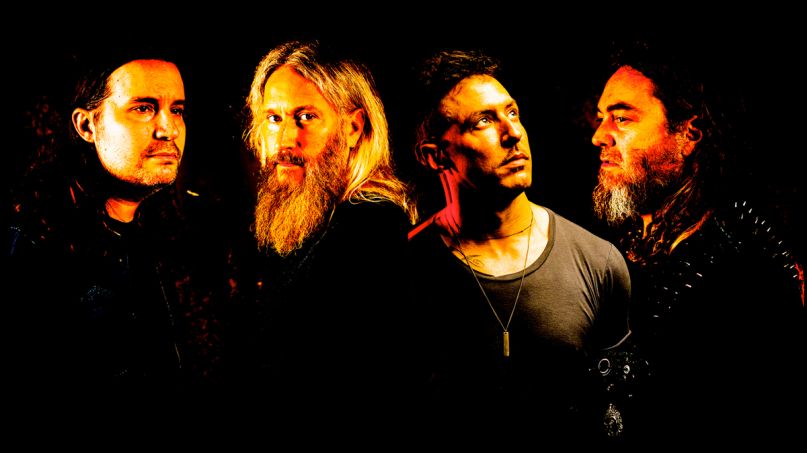 Supergroup Killer Be Killed are readying the release of their new album, Reluctant Hero, due out on November 20th. The band has now shared the music video for the latest single, “Dream Gone Bad”.

Not surprisingly, its makes for a crushing collaboration on “Dream Gone Bad” as propulsive guitars give way to epic vocals. Sanders handles most of the singing on this track. Mastodon fans take note.

“Dissecting the idea of uncertainty and how you pull from that to find your way,” Sanders said in a press release. “‘Dream Gone Bad’ was initially spearheaded by Max and I, and as I listen back, through the collaborative process this creation’s final form has now become a dream-come-true.”

Killer Be Killed’s new album came as a welcome surprise for fans. The band hadn’t released anything since their 2014 debut. And as is the case with most supergroups, many thought its members had gone their separate ways after releasing a one-off album. However, their first single of 2020, “Deconstructing Self-Destruction”, proved that Killer Be Killed were out of hibernation and ready to pick up where they left off.

Always up for a good collab, Sanders also recently contributed vocals to songs by Kvlertak and Moon Destroys, and dropped new music with his other supergroup, Gone Is Gone. Meanwhile, Puciato has been promoting his debut solo album, which was released early after the record leaked early online.

Pre-order Reluctant Hero via Nuclear Blast or Amazon. Watch the video for “Dream Gone Bad” below.