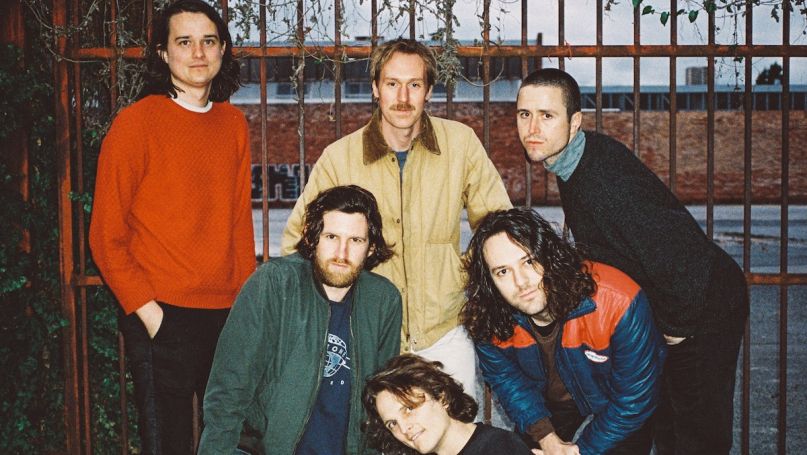 King Gizzard and the Lizard Wizard, photo courtesy of artist

What’s a year without multiple King Gizzard and the Lizard Wizard records? Following a handful of benefit releases at the top of 2020, and a two-part demos collection earlier this month, the Australian outfit has now announced two new full-length albums: an effort of original music titled K.G. and a live recording dubbed Live in S.F. ’16.

K.G. is the 16th (!) studio album from the mind-blowingly prolific Australian outfit. It was conceived during the global pandemic, with all six members composing and recording from their own quarantine spaces in Melbourne. According to a press statement, K.G. is “the next chapter” — a sort of Vol. 2 — “of the band’s previous explorations into microtonal tunings, first captured on their acclaimed 2017 album Flying Microtonal Banana.”

We’ve already heard a few K.G. tracks, such as the previously shared “Straws in the Wind” and “Honey”. Our 2017 Band of the Year has let loose another cut today in “Automation”, along with its corresponding music video. See that below.

As for Live in S.F. ’16, this project captures the psychedelic rock group’s May 2016 tour stop at The Independent in San Francisco. The 13-song setlist features tracks like “Robot Stop”, “Gamma Knife”, “Cellophane”, and “Evil Death Roll”, among others.

Both new albums are expected to arrive November 20th, with K.G. being self-released and Live in S.F. ’16 dropping via ATO Records. Find pre-order information here. To tide listeners over, King Gizzard have also shared the raw audio and video files for “Automation”, offering fans the opportunity to remix it for themselves.