Off Durk's upcoming album The Voice 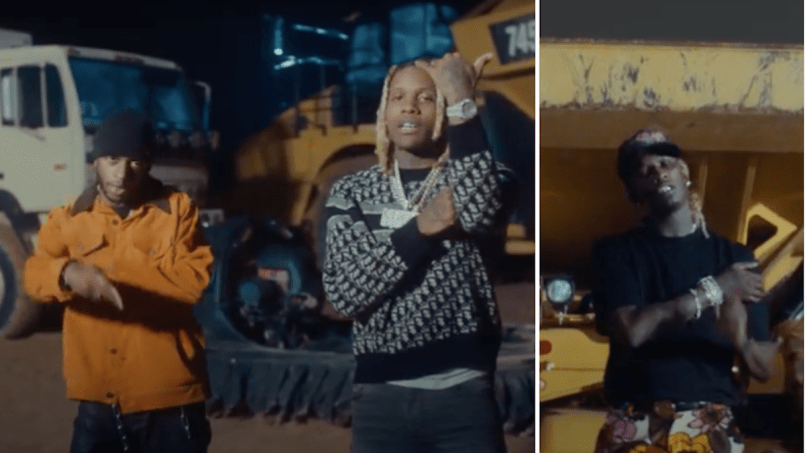 6LACK, Lil Durk, and Young Thug in "Stay Down" video

Lil Durk has dropped his new song “Stay Down” featuring a hook from 6LACK and a guest verse from Young Thug. This is the second single from Durk’s forthcoming album The Voice.

Produced by Metro Boomin and DY Krazy, “Stay Down” is all about priorities. Specifically, Durkio prioritizes sex and lots of money. With the aid of auto-tune, he raps “Only five star shit, ain’t no thots with us/ Chanel round shades like binoculars/ Diamond nose ring, they think Pac with us.” He’s got punchlines about The Proud Family (“I gave you every Penny like Oscar”), and shows off some non-English vocabulary to prove that women of other cultures and faiths are more than welcome in his bed. But the Chicago native’s line about going “from Harold’s Chicken to eating lobster,” is unlikely to win him many fans at home, seeing as how it compares the Midwest’s greatest fried food institution to overrated ocean roaches.

6LACK provides a sticky ear-worm chorus that starts with a pause and heats up with double- and triple-rhymes: “This shit crazy/ Hoppin’ out the car, no photos, baby/ Fuck around with you, I been throwed off lately.” Young Thug appears at the end with a bouncy, tongue-twisting flow that could almost have served as a second hook.

The song comes with a video directed by Collin Fletcher and Nick Vernet. It shows Lil Durk riding a hovercraft before all three MCs stunt on construction equipment. Check out “Stay Down” below.

Lil Durk has been on a tear since dropping Just Cause Y’all Waited 2 in May, appearing on Future’s High Off Life, Lil Yachty’s Lil Boat 3, Nas’ King’s Disease, and he also joined Drake on the radio-friendly single “Laugh Now Cry Later”. Durk is currently working on his new album The Voice, and he previously shared the title track as the lead single.