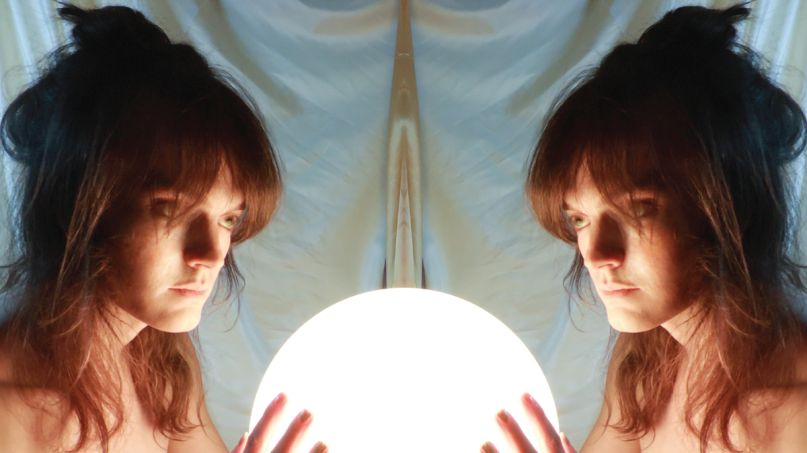 Liturgy have announced the release of their fifth studio album, Origin of the Alimonies, which is the soundtrack to the band’s opera of the same name. The album arrives November 20th, and Liturgy have offered up a preview with the new song “Lonely OIOION”.

Origin of the Alimonies was originally announced last year alongside 2019’s excellent H.A.Q.Q.. Both albums were planned for a 2020 release, but the band’s chief songwriter and leader Hunter Hunt-Hendrix altered those plans, surprise releasing H.A.Q.Q. while holding back Origin, which had previously been performed live as a proper opera.

The move worked out, giving each album the spotlight it rightfully deserves. H.A.Q.Q. was greeted with overwhelming praise for its combination of composed black metal and Hunt-Hendrix’s microtonal production wizardry. “Lonely OIOION” — the aria from the opera — takes us back into the labyrinthian soundscapes the band created on its last album. The opera was originally intended as a companion piece, after all.

Liturgy are dabbling in metal of the most futuristic strain, with an equally uncompromising vision for the overall project. In addition to music, Liturgy act as a vessel for many of Hunt-Hendrix’s artistic scholarly inclinations, from museum exhibits to a quasi-religious theology created by Hunt-Hendrix known as the “System of Transcendental Qabala”. The multimedia experience goes far beyond the songs themselves for those willing to investigate the band’s complex web of lore and self-mythology (i.e. Hunt-Hendrix’s controversial transcendental black metal “manifesto”).

Central to the theme of Origin of the Alimonies is Hunt-Hendrix’s gender transition, according to the album’s press release. The opera “tells the story of a cosmogonical traumatic explosion between OIOION and SIHEYMN, a pair of divine beings whose thwarted love tears a wound from which civilization is generated, producing the Four Alimonies of the intelligible universe and the task of collective emancipation.” Familiarity with Hunt-Hendrix’s writings and lectures almost seems necessary to deciphering the band’s mysteries, but as “Lonely OIOION” goes on to prove, the music still remains captivating on its own terms.

Pre-order Origin of the Alimonies via Liturgy’s Bandcamp. Listen to “Lonely OIOION” and check out the opera’s trailer, Hunt-Hendrix’s video announcement, and the NSFW album art below.

Origin of the Alimonies Artwork: