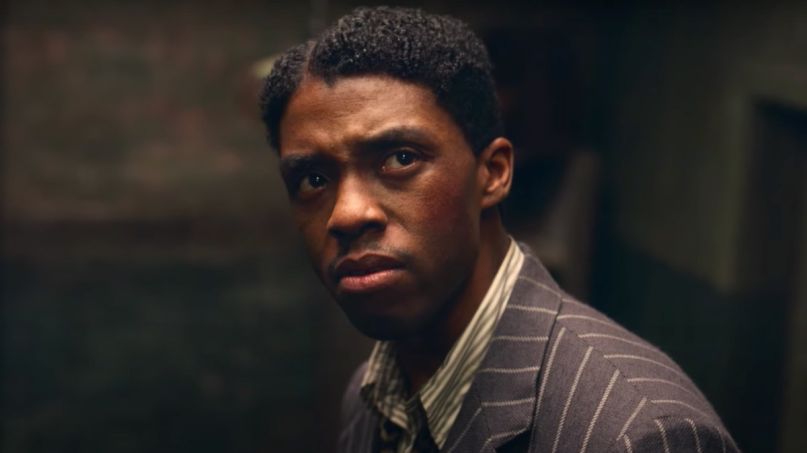 Chadwick Boseman’s final on-screen role comes in Netflix’s upcoming adaptation of August Wilson’s Ma Rainey’s Black Bottom. Ahead of the film’s December 18th release, the first trailer has been released. Watch it below.

Originally written as a play by August Wilson in 1982, Ma Rainey’s Black Bottom explores race, art, religion, and the exploitation of Black recording artists by white producers through the eyes of Black blues singer Ma Rainey. Like the play, the film will be set over the course of an afternoon recording session in 1920s Chicago.

“Late to the session, the fearless, fiery Ma engages in a battle of wills with her white manager and producer over control of her music, reads a plot synopsis shared by Netflix. “As the band waits in the studio’s claustrophobic rehearsal room, ambitious trumpeter Levee — who has an eye for Ma’s girlfriend and is determined to stake his own claim on the music industry — spurs his fellow musicians into an eruption of stories revealing truths that will forever change the course of their lives.”

Production on Ma Rainey’s Black Bottom wrapped in early August — just weeks before Boseman would pass away from colon cancer.