Grab a Napkin (or a Hose) the McRib is Back 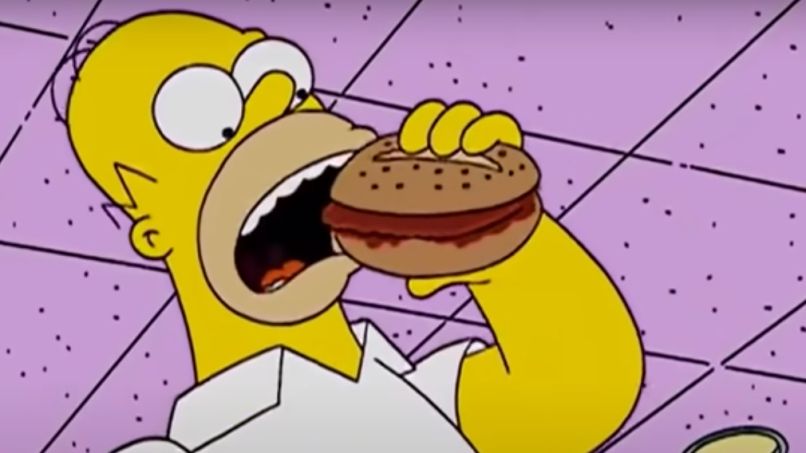 Homer eats a Ribwich on The Simpsons

America’s most perplexing fast food phenomenon has returned: For the first time in eight years, the McDonald’s McRib sandwich will be available nationwide beginning December 2nd.

The McRib first appeared in 1982, and has achieved a cult following based as much on its limited availability as its (extremely dubious) taste. It was last widely attainable in 2012, but as the most McRabid McRib fans know, the sandwich actually comes out every year. But it’s purposefully difficult to find, and the Golden Arches have even rolled out a McRib locator app to encourage road trips and beam advertisements directly to your phone. Now, as CNBC reports, it will be coming to 10,000 of Mickey D’s 14,000 stores. So what’s the big deal?

The patty is made of pork — or at least, a product that resembles pork in a number of key ways. It comes slathered in a sugar-molasses combination capable of giving cavities to dentures, and it’s served on bread that — get this — is a slightly different shape than a bun! How wacky is that?

The sandwich is so notoriously questionable it inspired one of the classic The Simpsons episodes. 2003’s “I’m Spelling as Fast as I Can” found the Krustyburger rolling out the new promotional Ribwich. In-show commercials advertised the manufacturing process thusly: “We start with authentic, letter-graded meat, and then process the hell out of it until it’s good enough for Krusty.” The Ribwich came with the stirring slogan, “Mmm! I don’t mind the taste!” Revisit a clip from that episode below, and if you, too, don’t mind the taste, then look for the McRib starting December 2nd.

McDonald’s has flourished during the coronavirus pandemic, in part due to a series of celebrity promotions. First, they named a Quarter Pounder meal for Travis Scott, teaming up for Cactus Jack merch Including a Chicken McNugget body pillow, and afterwards they rolled out a J Balvin Big Mac meal.