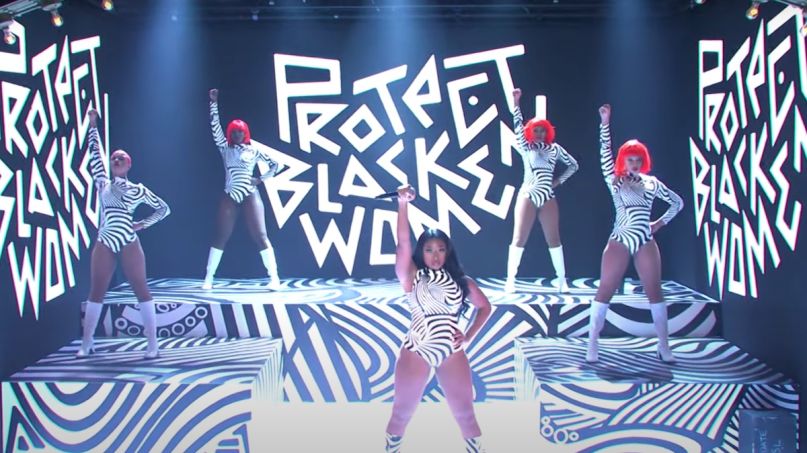 Midway through her performance of “Savage”, Megan played audio of Malcolm X’s “Who Taught You To Hate?” speech in addition to recent comments made by activist Tamika Mallory, who accused Cameron of being “no different than the sellout negroes that sold our people into slavery.” Megan herself then proclaimed, “We need to protect our Black women and love our Black women, because at the end of the day, we need our Black women.”. At the end of the performance, Megan and her dancers raised their fists, and the message “Protect Black Women” was displayed on the video screens in the background.

Last month, a grand jury assembled by Cameron decided against charging the police officers responsible for shooting and killing Taylor earlier this year. (Instead, the only charge was handed out was against an officer who fired shots into the home of Taylor’s neighbor.) It was later revealed that Cameron never asked the grand jury to consider homicide charges against the officers.

Following her provocative performance of “Savage”, Megan returned to the stage and teamed up with Young Thug for a live version of their collaborative single, “Don’t Stop”.