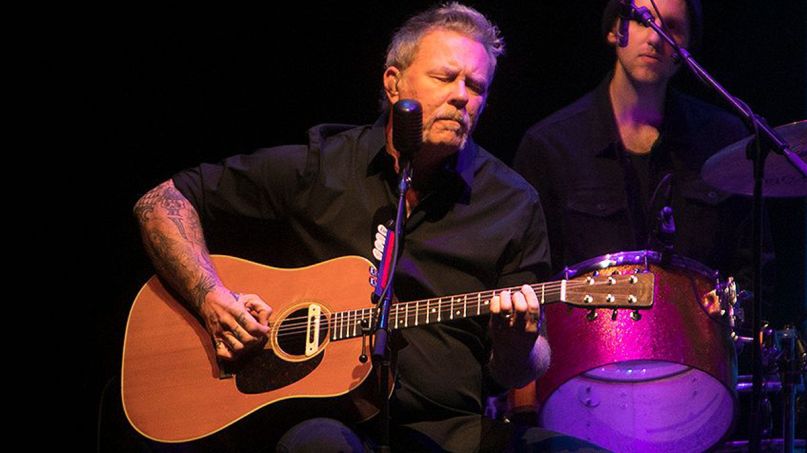 Metallica will perform an acoustic set for a pay-per-view livestream benefitting the band’s All Within My Hands Foundation. The show takes the place of the annual benefit concert that was set to go down at San Francisco’s Masonic Auditorium. Instead, the band will perform from their own Bay Area headquarters.

The “Helping Hands Concert & Auction” streams on November 14th at 2 p.m. PT / 5 p.m. ET, after which point the content will remain available for 48 hours for ticket holders. There will be a simultaneous auction also benefitting the foundation, offering fans the opportunity to bid on various “items and experiences.” More details will be announced in the coming weeks.

Metallica are no stranger to stripped-down sets, though they usually save them for special occasions. The band performed its first-ever “unplugged” set back in 1997 at Neil Young’s Bridge School Benefit and later appeared on MTV in 1998 for a pseudo unplugged performance. More recently, Heavy Consequence caught Metallica’s acoustic benefit show for All Within My Hands in 2018.

Proceeds from the upcoming event directly benefit All Within My Hands, which has become the crux of Metallica’s philanthropic efforts. The foundation recently donated $350,000 to West Coast wildfire relief, and earlier this year donated $645,000 to COVID-19 relief efforts. The charity organization also supports local community colleges with the Metallica Scholars Initiative.

It’s good to see Metallica beginning to convene for performances on a semi-regular basis. After the pandemic hit, they quarantined for months, digging into their deep archive of live footage for the recurring #MetallicaMondays concert series. The band then rehearsed together in August before beaming out a live set for drive-in audiences. The upcoming benefit will be their second “remote” performance of 2020.

Tickets start at $14.99 and are available via Nugs.tv, where the stream will broadcast. Check out the poster for the event below.