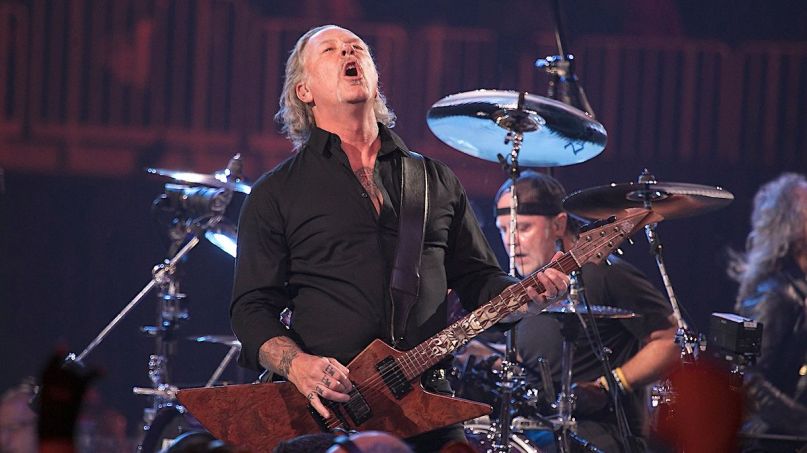 Metallica are coming to a public television station near you. The thrash legends’ 2019 concert film S&M2  premieres on PBS tonight (October 29th) at 9 p.m. ET, and will re-air numerous times over the coming weeks on PBS affiliates.

As colder weather hits much of the country, why not spend a couple hours with Metallica and the San Francisco Symphony? Prior to viewing, be sure to pour a glass of the band’s Blackened whiskey, which was aged using soundwaves from the S&M2 concerts.

The collaborative concerts took place across two nights last year — a sequel to the original pioneering S&M shows in 1999. As Heavy Consequence can attest from catching one of the S&M2 shows and reviewing the early screener and the new remastered release — the one that will likely air on PBS — the film captured a special moment for both Metallica and their enthusiastic fans. In many ways, the whole occasion felt like a celebration of both. The setlist encompasses the band’s entire catalog, with some surprises and alternate arrangements thrown in.

The shows were arguably the highlight of an up-and-down year for Metallica. Frontman James Hetfield re-entered rehab shortly after the concerts took place and before the theatrical release. The news about Hetfield loomed over the film’s announcement, rendering moments like his acapella rendition of “The Unforgiven III” particularly poignant.

With S&M2 available to PBS viewers, the band is making the film accessible to fans for free, despite recently issuing a deluxe box set version of the concert. Check out the trailer below and check your local PBS listings for re-airings following tonight’s premiere.