Mike Patton on Eddie Van Halen: “His Level of Musicianship Was Off the Charts”

"Has anybody ever tried to transcribe his solos? How would you write that shit down?" 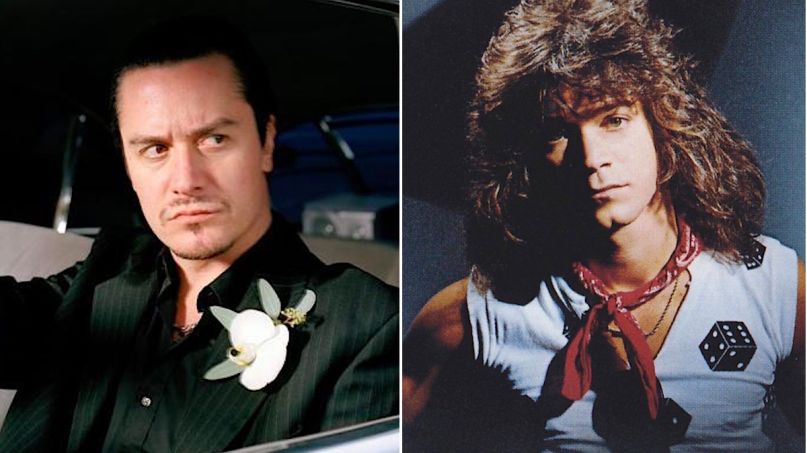 The rock world continues to mourn the loss of guitar legend Eddie Van Halen, who passed away Tuesday following a battle with cancer. One of the musicians he had a significant impact on is singer Mike Patton.

Patton himself is considered one of rock’s greatest vocalists, with a résumé that includes the bands Mr. Bungle, Faith No More, Tomahawk, Dead Cross, Fantômas, and other projects. On Wednesday, the day after the Van Halen guitarist’s passing, we spoke with Patton about Mr. Bungle’s upcoming release, The Raging Wrath of the Easter Bunny Demo, which arrives on October 30th. Prior to discussing the album, the singer was kind enough to share his thoughts on Eddie Van Halen’s legacy.

In our conversation with Patton, it became immediately clear that Van Halen had a profound influence on him as a young musician. The following is his personal recollection of the impact of Van Halen’s music and his impressions of Eddie Van Halen’s musicianship, as told to Heavy Consequence:

“I remember having my parents drop me off at one of the local record stores. There were only like two in the town that I grew up in. And I go, ‘I gotta get this record, I gotta get this record.’ It was [1980’s] Women and Children First, and my parents parked [the car]. And they were like, ‘Can we come in with you?’ I’m like, ‘No, no, no,’ ’cause I didn’t want them to see what I was buying. They would have maybe objected to it. And I remember getting that f**king record and hugging it when I got home and listening to it. Actually, it was a cassette. Yeah, I hugged a cassette!

In a larger sense, Van Halen was a big deal to all of us growing up. When you’re a kid, you kind of just focus on [Eddie’s] soloing, how crazy it is, how wild it is, but even his sense of rhythm is just beyond! [After hearing of Eddie’s death on Tuesday] I went back and I listened to my favorite record, [1981’s] Fair Warning, and, my God, I was just tripping out. And then I watched some YouTube videos of him soloing live. I never got a chance to see them live, ever. And that’s a huge hole in my life. I really should have seen them. They were the perfect mix of ultra musicianship, technicality, and Vegas humor, which was David Lee Roth. And I just always respected that. I mean, [Eddie is] right at the top. That guy’s on the mountain of rock guitarists. And his level of musicianship was off the charts. And it’s not about flash — everyone wants to talk about his [finger] tapping. There’s a real deep musicianship in what he was doing. And we’re gonna miss him.

He was super important, and really, in a Mr. Bungle context, absolutely important. I think our guitar player Trey [Spruance] would attest to that. He looked up to the guy, and who wouldn’t? I did, as a singer. I used to try to sing some of his solos, like vocalize some of his solos, and it’s f**king impossible. Has anybody ever tried to transcribe his solos? How would you write that shit down? You can’t. Some things you can’t put on paper.”

We’d like to thank Mike Patton for sharing his thoughts on Eddie Van Halen with us. Stay tuned for our full interview, in which the singer discusses Mr. Bungle’s new album, his life during the pandemic, the latest on his bands Dead Cross and Tomahawk, and more.

Mr. Bungle will be performing a virtual Halloween show that will stream on October 31st. Tickets for the event are available here, while the upcoming album, The Raging Wrath of the Easter Bunny Demo, can be pre-ordered here.