Mike Patton: John Carpenter’s Halloween “Made Me Not Want to Trick or Treat When I Was a Kid”

The Faith No More and Mr. Bungle singer insists "that very first Halloween still scares the shit out of me" 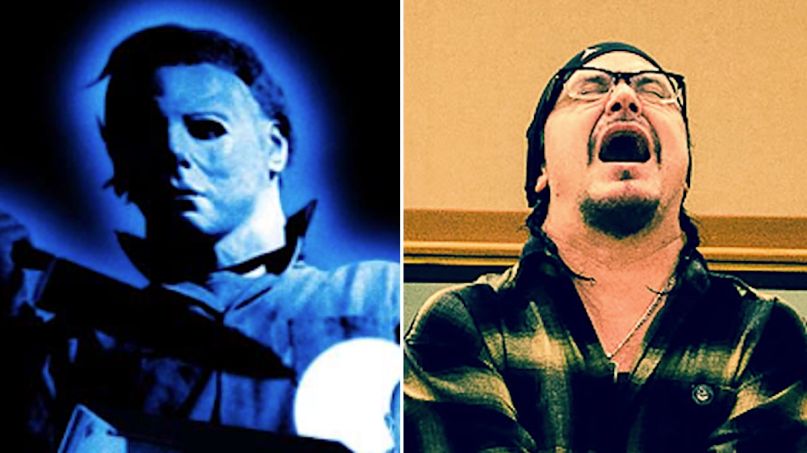 Mike Patton is a man of many musical hats. He’s the celebrated singer of Faith No More, Mr. Bungle, Tomahawk, and Dead Cross, just to name a few, as well as the co-owner of the acclaimed independent record label Ipecac Recordings. He also knows a good scary movie when he sees one.

We recently had the pleasure of speaking with Patton, who told us all about Mr. Bungle’s new album, The Raging Wrath of the Easter Bunny Demo, and how he was navigating the pandemic both professionally and personally. During our conversation, he also took time to remember the late Eddie Van Halen, telling us the guitarist’s “level of musicianship was off the chart.”

Knowing Patton was a bit of a film buff, we couldn’t let him go without asking him to recommend a few movies for Halloween night, especially considering that many people will be staying in this year.

“I could go a lot of different directions here, but let me think,” began Patton. “I mean, number one would be Halloween, John Carpenter, the first one — not like Halloween 6, not Halloween 7 or whatever the f**k they’re doing. But that very first Halloween still scares the shit out of me, and made me not want to trick or treat when I was kid. That would be the obvious answer.”

As it turns out, the 1978 film was the most recent movie that Patton picked. The singer went old-school with his other choices, showing a love for vintage cinema.

So there you have it. Instead of fretting about missing Halloween parties this year, sit down with a few cinematic classics, as picked by the scientifically proven “greatest singer of all time”. And if you want to dig deeper into horror movies, check out our rankings of John Carpenter’s films and the entire Halloween franchise (podcast below).

Before you press play on one of those movies, don’t forget to catch Mr. Bungle’s own virtual Halloween show, premiering today (October 31st) at noon PT / 3 p.m. ET. The band — featuring original members Patton, Trey Spruance, and Trevor Dunn, alongside thrash legends Dave Lombardo and Scott Ian — promises lots of surprises during the streaming concert. The tickets and various merch bundles are available at this location, with the stream remaining on demand for 72 hours.