Miley Cyrus Is Working on a Metallica Covers Album 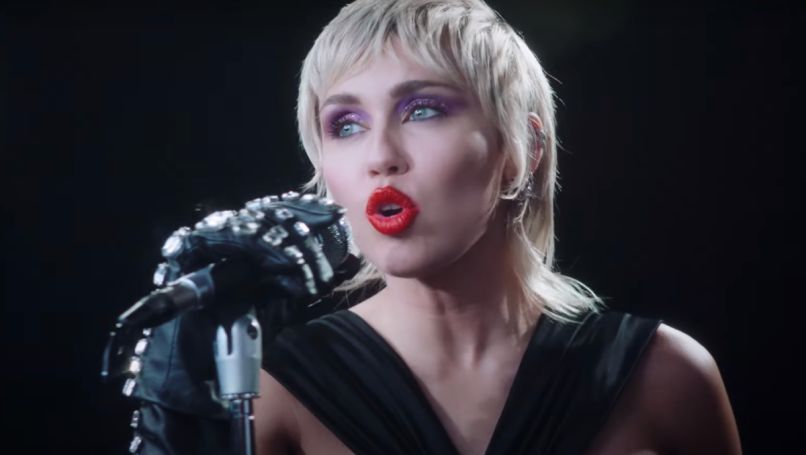 Miley Cyrus delivered a roaring cover of the Metallica classic “Nothing Else Matters” at last year’s Glastonbury Festival. The performance clearly stuck with her, as the country-turned-pop singer is currently recording a full Metallica covers album.

“We’ve been working on a Metallica cover album and I’m here working on that,” Cyrus revealed to fashion designer Rick Owens in a new feature for Interview magazine. While the pandemic initially had Cyrus in a bit of a creative rut, this forthcoming heavy metal project now has her feeling reinvigorated.

“We’re so lucky to be able to continue to work on our art during all of this,” she added. “At first, it felt uninspiring and now I’ve been totally ignited.”

The 27-year-old didn’t offer any other details regarding the new album, but it’s likely her rendition of “Nothing Else Matters” will have a place on the tracklist. Either way, fans can expect Cyrus to bring quite a lot of bite and brawn to these Metallica covers. The former Disney star has been regularly tackling rock and alternative rock songs as of late — and effortlessly so.

Cyrus rattled through The Beatles’ “Help!” in June, knocked out a stellar version of Blondie’s “Heart of Glass” in September, and took on Pearl Jam last week as part of her MTV Unplugged Backyard Sessions. This past weekend also saw Cyrus power through covers of both The Cure and The Cranberries during the #SOSFest.

In terms of her own original music, Cyrus has also been straying further from her country and pop roots; her latest single “Midnight Sky” draws on the glam-rock heyday of the ’80s. In September, Cyrus also noted that one of her upcoming projects would be heavily inspired by Metallica — though it’s unclear whether she was actually secretly referring to the newly revealed covers album.

Whenever Cyrus does drop a new album — covers or not — it will mark her first since 2017’s Younger Now, as well as her first since her divorce from longtime partner Liam Hemsworth.

While we wait for Cyrus’ next move, revisit her “Nothing Else Matters” cover from Glastonbury below.