Featuring covers of Pearl Jam, The Cardigans, and Britney Spears 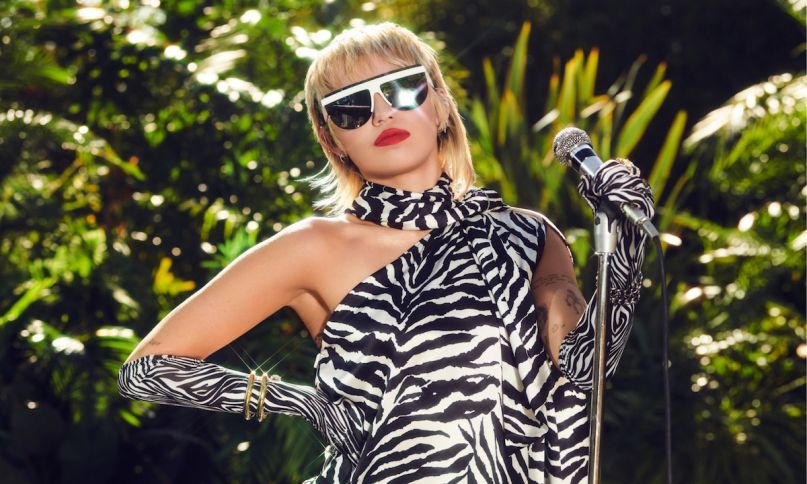 Riding high off her viral Blondie cover, Miley Cyrus has announced she’s got a special TV performance on the way as part of the legendary MTV Unplugged series. The full title is MTV Unplugged Presents “Miley Cyrus Backyard Sessions” and it’s set to air later this month.

According to a press release, Cyrus will reimagine the iconic music series from the comfort of her backyard in Los Angeles. In addition to performing a stripped-down version of her new single “Midnight Sky” and other songs from her career, the Younger Now singer will also break out covers of Pearl Jam, The Cardigans, and “Gimme More” by Britney Spears.

MTV Unplugged Presents “Miley Cyrus Backyard Sessions” will air on MTV on Friday, October 16th at 7:00 p.m. ET exclusively in the US. International viewers can catch the performance later throughout the weekend at various times.

It’s been three years since Cyrus released a new album, but she’s looking to change that soon with She Is Miley Cyrus. The forthcoming effort was originally conceived as a compilation of three six-song EPs — including 2019’s She Is Coming — but plans changed after the pop singer’s divorce from Liam Hemsworth.

“I guess I was feeling like it didn’t make sense for me to continue the next two projects. She is Coming was a one-of-three EP drop, and I felt like, for my life, the way it evolves, how quickly it changes, how quickly I change, how public my experiences are, it doesn’t make sense for me to try to wrap up that big of a body of time in just a few songs…, ” Cyrus explained to Apple Music’s Zane Lowe in August.

The new album doesn’t have a proper release date yet, but we do know what helped inspire it: Metallica and Britney Spears.