Millie Bobby Brown Wants to Play Amy Winehouse in Biopic: “She Is an Icon”

"I really was impacted by her whole story" 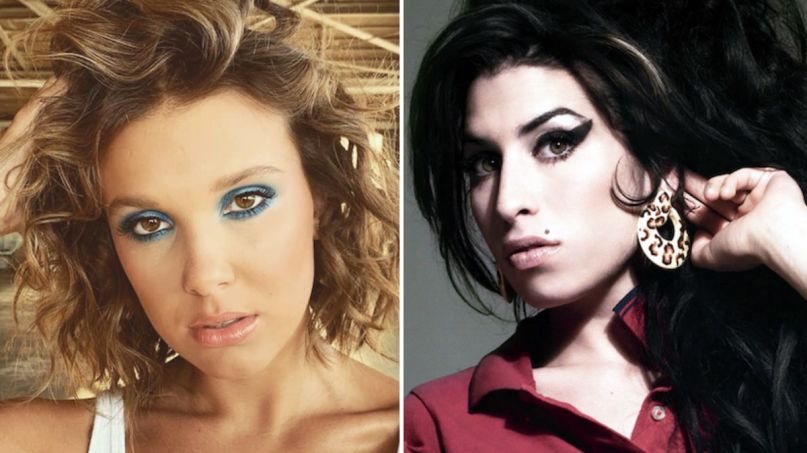 Stranger Things star Millie Bobby Brown has revealed that she “would love to play” Amy Winehouse in a biopic.

During an interview with Netflix Latinoámerica in support of her new movie Enola Holmes, in which she portrays Sherlock Holmes’ younger sister, Brown was asked which historical figure she would like to bring to life next. Her response was almost immediate: “I wouldn’t say she’s historical, but I would love to play Amy Winehouse.”

“I personally think she is like an icon to R&B, blues, and basically the whole culture of music,” Brown continued. “I just love her music and I really was impacted by her whole story. I always say that I would love to play her.”

Brown’s right: This isn’t the first time she’s piped up about her love for the Back to Black singer. Several years ago, she uploaded a video of herself covering Winehouse’s beloved hit “Valerie” as an adorable five-year-old. She also did an impression of Winehouse singing her uptempo hit “You Know I’m No Good” on Fallon last year.

If Brown lobbies hard enough for the role, she just might have her chance. As NME points out, Winehouse’s father, Mitch, said work on a biopic was underway in 2018. “We now feel able to celebrate Amy’s extraordinary life and talent,” he said at the time. “And we know through the Amy Winehouse Foundation that the true story of her illness can help so many others who might be experiencing similar issues.”

As for who they’d be looking to don the eyeliner and beehive wig, Winehouse said suggested it could be “an unknown, young, English — London, Cockney — actress who looks a bit like Amy.” He added, “What we want is somebody to portray Amy in the way that she was… the funny, brilliant, charming and horrible person that she was.”

As one of the greatest singers of all-time, an artist who consistently lands on the top-selling vinyl records of the year lists, and a person once labeled as “the coolest motherfucker on the face of the Earth” by Adele, Amy Winehouse has left one hell of a legacy behind. Tragically, she died in 2011 due to alcohol poisoning. Plans to digitally reincarnate the singer for a hologram tour were scuttled last year. More recently, a pair of brand new limited-edition box sets featuring her iconic work were announced.