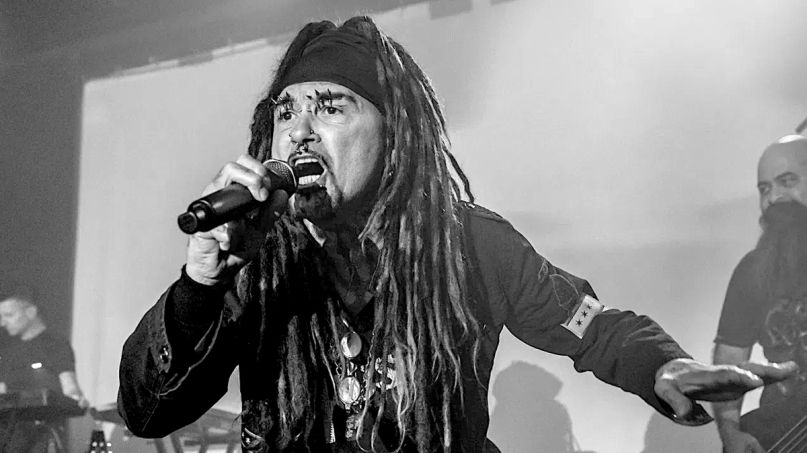 Ministry have unearthed two unheard mixes of their goth classic “(Everyday Is) Halloween” and two previously unreleased early tracks just in time for October 31st. The (Everyday Is) Halloween – The Lost Mixes EP is available now on digital platforms with a 12″ vinyl release slated for November 20th.

The titular “(Everyday Is) Halloween” is perhaps Ministry’s most beloved song from their early, pre-heavy era. The band’s output on Wax Trax Records skewed more toward gothic dance rock, and “Halloween” served as the ultimate anthem for that scene with its proud declaration of self-acceptance.

Ministry didn’t perform the song for more than 30 years, until they were joined onstage in Los Angeles by Dave Navarro for an acoustic version in December 2018. They’ve since played the tune a handful of times, including a Wax Trax! celebration in Brooklyn that we had the pleasure of witnessing.

In addition to the two remixes of “(Everyday Is) Halloween”, the EP includes the previously unreleased 10-minute track “Playground” — which, as its name implies, sees Al Jourgensen pulling all the stops in the recording studio. Drum machines and noise effects swirl in and out, with raspy, sinister vocals underneath the proto-industrial beats.

Flash forward to the present and Ministry are more active than ever. After releasing the politically charged AmeriKKKant in 2018, the industrial pioneers were set to release a new album in 2020. While the pandemic has pushed those plans to 2021, the band did release the new single, “Alert Level”, back in April.

More recently, Jourgensen and company launched a campaign to encourage fans to vote during next week’s monumental election. They even made a new video for their 2012 track that says it all: “Git Up, Get Out ‘N Vote”.

Stream the new archival EP and check out the artwork and tracklist below. Pre-order the vinyl pressing via Bandcamp or Amazon.