"I would just float around, drink, and just f**king drink" 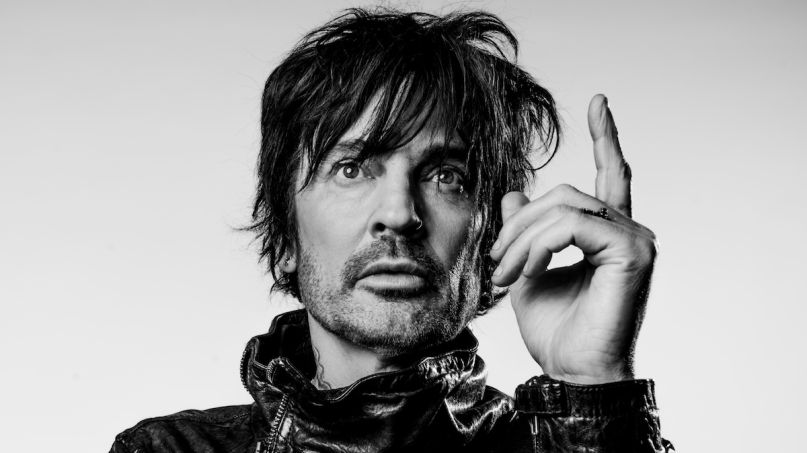 In a new interview, Mötley Crüe drummer Tommy Lee revealed he was drinking two gallons of vodka a day and “doing nothing absolutely nothing” following Mötley Crüe’s most recent tour.

“It was crazy,” Lee told Yahoo Entertainment in a video interview. “I mean, I’ve been sober for four years, and I’ve been sort of on and off for a long time. I go through these phases where I just want to live a different life and f**k all the dumb shit. And then I decide, ‘You know what? I don’t want to live like that anymore. I want to have a lot of play and be f**ked up and stupid and all that shit. So, in this particular instance, I had been home… I had all this time at home, not touring, just being at home. … I literally did nothing. I would just float around, drink, and just f**king drink.”

Two gallons might seem like an exaggeration, but Lee said he would wake up and drink a full glass of vodka, going through two giant gallon handles a day: “I didn’t notice it until towards the end of it, when I was like, ‘Oh dude, I’ve got to stop. This is f**king insane.’ Like, I was drinking just out of boredom. I would just wake up and be just building [a glass with] just all vodka and just a little eyedropper of cranberry or lemonade. I was drinking two gallons — not pints, not quarts, but gallons, the big-handles — a day. That’s f**king crazy. … I just realized, ‘Whoa dude, you’re drinking enough to like, you could probably die.’ And it wasn’t even fazing me. … I just became sort of immune to it.”

Lee’s wife, Brittany Furlan — whom he married in 2019 on Valentine’s Day and encouraged her husband to seek professional help for his addiction.

“‘She was like, ‘Baby, I don’t think I’ve ever even seen anybody drink that much. Like, you’re kind of scaring me. … Like, are you going to wake up? Am I going to wake up to, like, you not breathing?'” Lee said.

He entered rehab and is now about to celebrate one-year of sobriety, but said doesn’t know if it’s “a forever thing,” as he takes things day-by-day.

“But for now, I’m not drinking vodka today,” he said.

Lee has been productive with his sobriety despite the pandemic-induced postponement of Mötley Crüe’s much-anticipated reunion tour, featuring co-headliners Def Leppard. The drummer instead completed work on a new solo album, ANDRO, which features a slew diverse guests. The LP arrives October 16th.

Heavy Consequence recently caught up with Lee over Zoom to discuss Mötley Crüe, last year’s Netflix film The Dirt, his solo album, and more. You can watch our two-part interview following his conversation with Yahoo! Entertainment below.