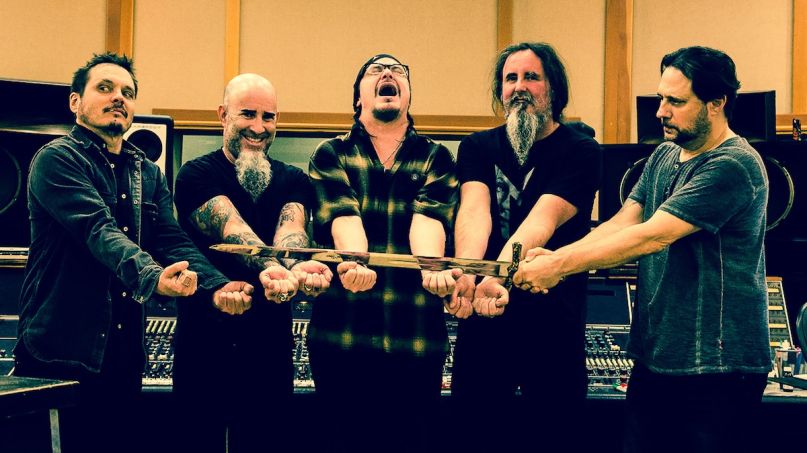 Mr. Bungle are celebrating the release of their first album in 21 years with a virtual Halloween concert. The show, dubbed “The Night They Came Home”, will premiere on October 31st.

With live concerts still on pause for the most part due to the pandemic, Mr. Bungle will bring their record-release party to the whole world, with a global stream beginning noon PT / 3 p.m. ET on Halloween day. Virtual tickets are $15 each and allow streaming up to 72 hours following the premiere.

In addition to the straight-up ticket, several bundle packages are being offered, including ones that feature a neon green vinyl pressing limited to 1,000 copies. The tickets and the various bundles are available at this location.

The band’s lineup for the Halloween performance is the same as the aforementioned one above. In addition to recording The Raging Wrath of the Easter Bunny Demo, that lineup also played a string of Mr. Bungle reunion gigs back in February. We caught the Brooklyn show, and it was an intense set of hardcore and thrash, eschewing the experimental rock of the band’s ’90s output. That said, a press release claims “fans can, and should, expect the unexpected” from the streaming concert event.

As mentioned, The Raging Wrath of the Easter Bunny Demo arrives a day earlier, on October 30th. In addition to re-recording the 1986 demo, the band added additional tracks that were written during that era but never properly recorded. One of those “new” songs is “Eracist”, which was just released as the newest single from the upcoming LP.

Pre-order The Raging Wrath of the Easter Bunny Demo here, and check out a highly amusing trailer for Mr. Bungle’s “The Night They Came Home” streaming concert below.