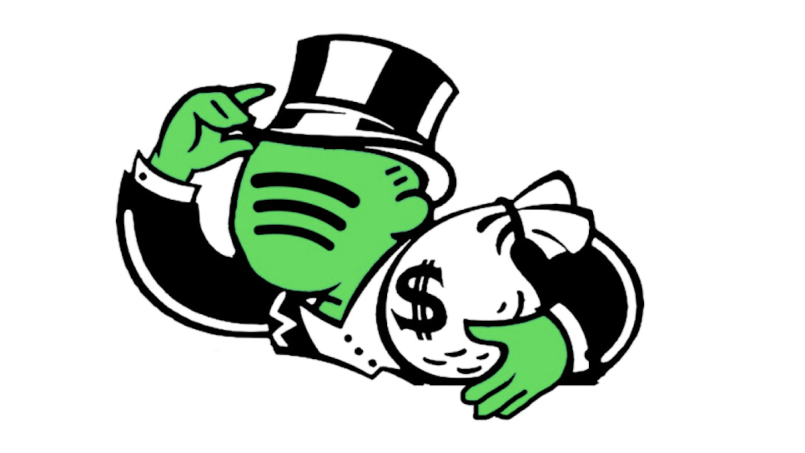 Image via the Union of Musicians and Allied Workers

The Union of Musicians and Allied Workers (UMAW) has launched a new campaign called “Justice at Spotify”, with the hope of securing a more equitable financial arrangement from the world’s most popular music streamer.

Spotify has long been criticized for its paltry payout rates. One recent report suggested that a mid-sized indie label earned $0.00348 per stream. Some artists have found that arrangement to be less than ideal — Thom Yorke called Spotify “the last desperate fart of a dying corpse” — but Spotify CEO Daniel Ek has defended the arrangement. In a recent interview, Ek laid the blame on artists, saying, “you can’t record music once every three to four years and think that’s going to be enough.”

That might be true as long as the Swedish streamer is doling out $0.00348 per song. But the UMAW is focused on reducing the middle-man’s cut and increasing the share paid to artists. To that end, the “Justice at Spotify” campaign has laid out three chief goals, which have been given the labels “Pay Us,” “Be Transparent,” and “Stop Fighting Artists.”

The campaign is headlined by a demand of at least one cent per stream, which would more than double — and nearly triple —  the lowest current payout rates. Spotify is cagey about some of its usage, but a bit of back-of-the-napkin calculations suggest that this could put a significant strain on the streamer. The company made $7.3 billion in revenue in 2019, but the gross profit was only $1.8 billion, with most of the $5.5 billion difference going to labels and artists. Now imagine all of those royalty payments going up, and some of them nearly tripling. That’s likely billions of extra dollars per year in expenses, for a company that only has about $1.8 billion in wiggle room. That one-cent target would require a substantial restructuring, and would perhaps cause Spotify to go under.

Having said that, Spotify is still paying less than its competitors. For comparison, Apple Music is said to compensate around $.00675 per stream. There’s room for Spotify to pay more without going into bankruptcy. And even bankruptcy would be fine by UMAW organizers. According to Damon Krukowski, “These demands are what Spotify needs to do to become a platform that works for artists. If Spotify’s business model can’t pay artists fairly, and can’t operate openly, then it shouldn’t exist.”

Spotify has more room to agree to the union’s other demands around transparency and artist kindness. The UMAW wants Spotify to credit everyone who worked on songs, to stop making closed-door deals with major labels which are subsidized by indie artists without negotiating power, and to end the practice of payola, which allows deep-pocketed gatekeepers to pay money to boost certain tracks. Finally, the union demands that Spotify end lawsuits against music workers.

So far, the UMAW’s petition for equitable treatment has been signed nearly 900 times, including by Ted Leo, Alex Somers, Zola Jesus, Deerhoof, Jay Som, Lady Lamb, Illuminati Hotties, Eve 6, WHY?, Sad13, Tanya Donelly, Fugazi’s Guy Picciotto, Sheer Mag, Ezra Furman, Downtown Boys, and more. If the union’s demands aren’t met, they plan to escalate tactics. As organizer Cody Figerald said in a statement, “There is money being made in the music industry during the pandemic, it’s just not going to artists. We need to stand together to demand our fair share.”

Editor’s Note: During the pandemic, Consequence of Sound is supporting independent musicians by donating a portion of all proceeds from our webstore to MusiCares’ COVID-19 Artist Relief. Stay safe by picking up one of our custom face masks or T-shirts.