My Morning Jacket Perform “Feel You” on Kimmel: Watch

Late-night slot comes in support of their latest album, The Waterfall II 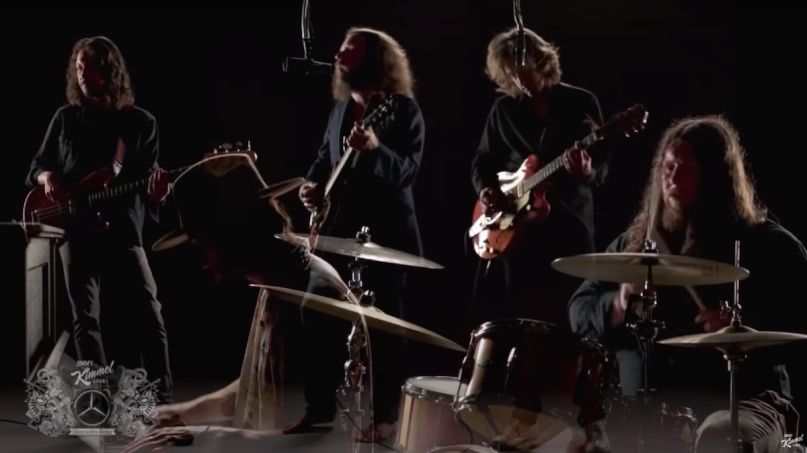 My Morning Jacket are one of the best and most beloved live bands around, so it’s just plain weird that they haven’t been able to play shows behind their latest LP, The Waterfall II. Thankfully, the late night talk show circuit is still operating in these socially distanced time. On Wednesday night, MMJ appeared as musical guests on Kimmel to perform the album cut “Feel You”.

The Waterfall II standout is a mellow ride with Floyd-ian vibes, washing over you with peaceful waves of psychedelic guitar. After some of the other chaos that we’ve seen on TV this week, the performance came as something of a welcome respite.

As for the presentation itself, My Morning Jacket performed in much the same way they did on Fallon back in July. Each member was positioned alone in front of a plain backdrop that got lit up with various colors. The footage was then layered on top of itself in various transparencies, creating a sense of incorporeality oddly befitting a song called “Feel You”.

While it could be awhile before fans get to see MMJ live again, they might not have to wait as long for new music. Frontman Jim James recently told our own Kyle Meredith that the band has a “completely new record” already finished. So, stay tuned.