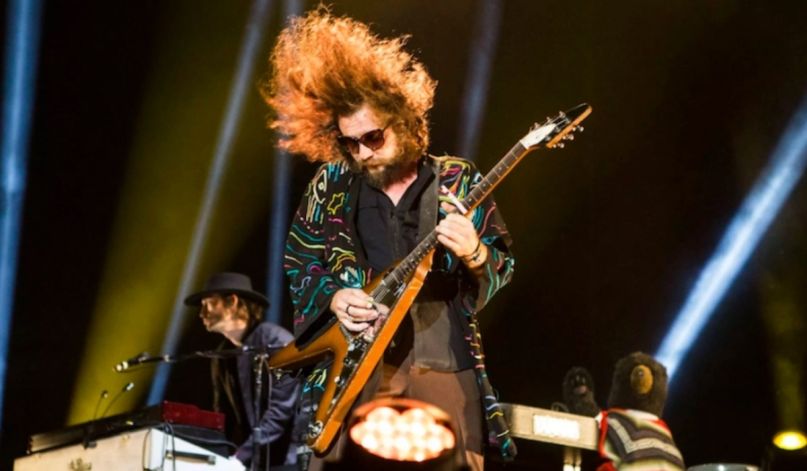 Not sure what to do this weekend? If you’re a fan of My Morning Jacket, then you can spend it reliving the blissful high of jam band concerts, because MMJ have released three previously unavailable career-spanning live albums to Bandcamp.

As the band announced on Twitter, the three-show collection spans 58 tracks in total with a 349-minute runtime. Included are My Morning Jacket’s November 10th, 2005 gig at the Henry Fonda Theatre in Los Angeles, California; their November 12th, 2006 concert at The Tabernacle in Atlanta, Georgia; and their August 6th, 2015 set at Ascend Amphitheatre in Nashville, Tennessee.

While it doesn’t appear physical versions of these live albums will be made available, you can buy a digital download of each via the band’s Bandcamp. You can also stream selections from the release and check out the different tracklists below.

Jim James and co. timed this drop perfectly for Bandcamp Fridays. The recurring event, where Bandcamp waives its company cut of sales for 24 hours so that artists and labels receive increased proceeds during the pandemic, occurs on the first Friday of every month. The first run of the initiative saw users spend a mind-blowing $4.3 million dollars — 15 times the normal amount spent on any given Friday! — a sum which quickly rose to $20 million dollars (!) by the fourth Friday in the series.

In July, My Morning Jacket dropped their latest full-length, The Waterfall II. They still haven’t been able to bring it to life on a proper tour, so they’ve been doing the next best thing: performing album cuts like “Feel You” an “Spinning My Wheels” live on late-night talk shows. Maybe by the time they’re able to hit the road again, MMJ will have released the “completely new record” that they’ve already finished. James hinted at the new LP in an interview with our own Kyle Meredith.