Nathaniel Rateliff Covers Leonard Cohen’s “There Is a War” with Kevin Morby and Sam Cohen: Stream

The track hasn't aged a day in over 45 years 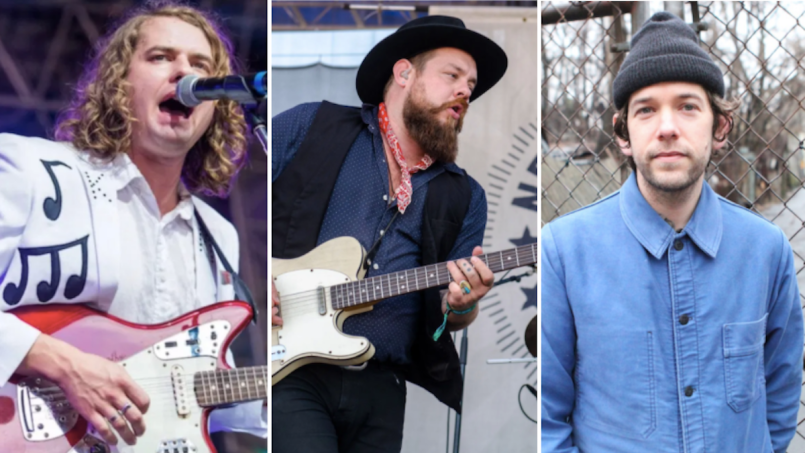 Nathaniel Rateliff, Kevin Morby, and Sam Cohen have teamed up for a new cover of Leonard Cohen’s “There Is a War”. The timely track was produced by Sam Cohen (no relation), and will benefit Rateliff’s The Marigold Project.

The song first appeared on 1974’s New Skin for the Old Ceremony, at a time when President Nixon’s message of “Law and Order” was getting drowned out by the Watergate scandal. Well, Trump has been beating that “Law and Order” drum, but he’s one-upped Nixon by providing so many competing scandals that none can dominate the headlines for very long. Meanwhile, the deep-seated conflicts that Cohen wrote about show no signs of abating.

In a statement, Rateliff explained how the collaboration came together. He said,

“I really love the work that Sam and Kevin have done together in the past. So I asked them to be a part of the Marigold Singles. We all have a mutual love for Leonard Cohen’s writing and felt that ‘There Is A War’ speaks to the world we currently find ourselves in.”

Check out “There Is a War” below. Early next year the song will be available as a 7″ on Rateliff’s webstore, with proceeds benefitting The Highlander Research & Education Center.