"In my mind, it's a hazy memory, but this moment really captures the essence of where I was in 1974," reflected Young 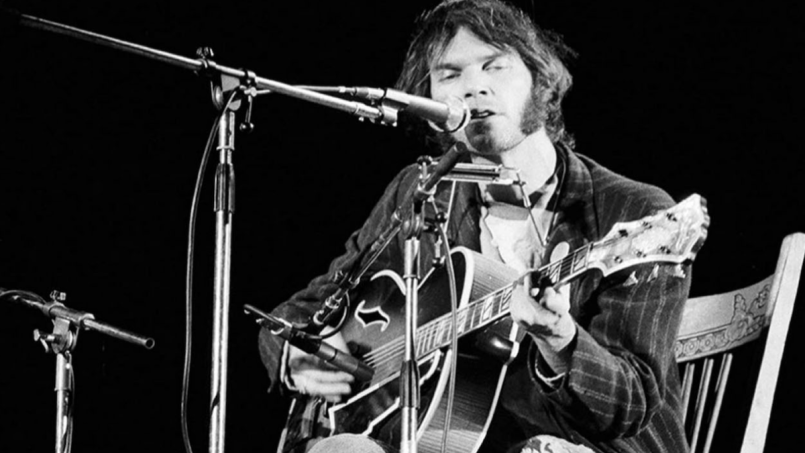 Neil Young at The Bottom Line in 1974, photo via Neil Young Archives

One of the most storied and coveted Neil Young bootleg recordings is finally being released as part of the musician’s Official Bootleg Series. The Bottom Line — Citizen Cane Jr. Blues captures Young’s surprise, late-night performance at The Bottom Line in New York City in May 1974.

“In my mind it’s a hazy memory, but this moment really captures the essence of where I was in 1974,” Young recalled on his Neil Young Archives website. The impromptu set began around 2:30 a.m. and saw the songwriting legend take the stage alone, with nothing but his guitar by his side.

Young played 11 songs that evening, including the first-ever performances of “Citizen Cane Jr. Blues”, “Long May You Run”, and “Pardon My Heart”. Other tracks, such as “Revolution Blues”, “Motion Pictures”, and “Ambulance Blues”, would later appear on his full-length album On the Beach, which hit shelves two months later. According to Rolling Stone, The Bottom Line show remains the only live performance of “Motion Pictures” to this day.

“Folks at ‘The Bottom Line’ heard seven new songs for the first time,” wrote Young. “I just remember I was 24 years old, bare and letting it all out.”

The Bottom Line — Citizen Cane Jr. Blues is expected to arrive in early 2021 through Shakey Pictures Records. It’s part of the “first edition” of the NYA Official Bootleg Series, which will “contain at least six complete Bootleg series offerings, the majority of which are from our own original master recordings.” Each will be produced by The Volume Dealers, a.k.a. the duo of Young and Niko Bolas.

Find the full tracklist for The Bottom Line below, followed by an unofficial bootleg recording of the set.

Young has plenty more in store for his fans in the coming months, including the long-awaited release of his sprawling Archives Vol. 2 box set. He’s also prepping archival projects like Return to Greendale, a live set from his 2003 tour with Crazy Horse, as well as Way Down in the Rust Bucket, another Crazy Horse concert recorded in 1990.