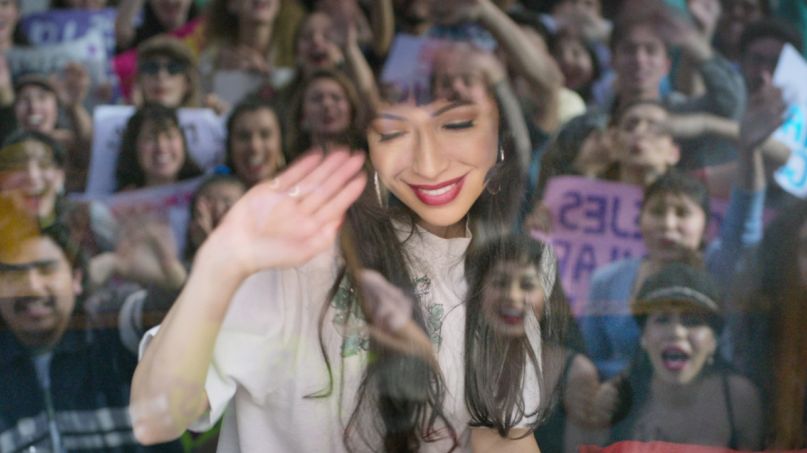 The late and great Selena Quintanilla will soon conquer Netflix. On Monday evening, the streaming giant dropped the first trailer for Selena: The Series, its highly anticipated biographical drama that premieres on December 4th. Watch below.

Starring Christian Serratos (The Walking Dead, The Twilight Saga) in the titular role, the forthcoming series captures the life and upbringing of the iconic Latin artist, chronicling the singer’s rise to fame from a young age.

In addition to Serratos, the series stars Ricardo Chavira as her father Abraham, Gabriel Chavarria as her brother A.B., Noemi Gonzalez as her sister Suzette, Seidy Lopez as her mother Marcella, and Madison Taylor Baez as a young Selena.

As previously reported, the scripted series was developed alongside the Quintanilla family and also sees them serving as executive producers. “With this series, viewers will finally get the full history of Selena, our family, and the impact she has had on all of our lives,” Selena’s sister Suzette Quintanilla said in a statement.