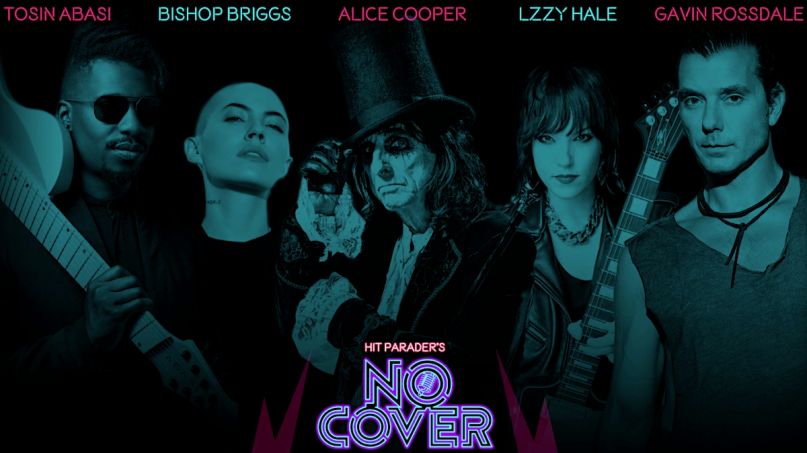 The show is being produced by Hit Parader, which was once the name of a popular rock magazine but was recently relaunched as a TV/film production company. The competition will be filmed at the famed Troubadour club and the Sunset Marquis Hotel in West Hollywood, California.

No Cover is being billed as an alternative to programs like American Idol and The Voice, which mostly rely on competitors singing cover songs. And judging by the aforementioned judges, No Cover will likely have more of a rock vibe than the other shows.

Alice Cooper commented, “I can’t wait for No Cover. To me, a band really isn’t a band unless they are writing their own material, and if you know anything about me you know that I have a very high standard for not only the songs but also the performance. I’m looking for the band who has it all — the one who can not only write it and play it, but perform it and make me BELIEVE it.”

Lzzy Hale added, “I’m beyond excited to join my friends, peers and fellow rockers as a judge for Hit Parader’s music competition TV show No Cover. I hope that my passion and experience will help to inspire and encourage these young bands to carve out their own path in this world.“

Gavin Rossdale stated, “We’ve seen the shows singing the hits — finally the chance to find a real band with their own sound and their own vision. I hope we catapult some great artists into the spotlight.”

Bishop Briggs remarked, “I am beyond excited to be a judge on No Cover! Songwriting is such a therapeutic outlet for me to express myself so I cannot wait to dig deep and learn more about each person who gets on that stage.”

In addition to the five judges, No Cover will be co-hosted by Sleeping With Sirens singer Kellin Quinn and radio personality Caity Babs. Onetime MTV personality Matt Pinfield will conduct behind-the-scenes interviews.

The winner of Season 1 will be awarded with a six-figure record contract from Sumerian Records, at least one slot at a Danny Wimmer Presents festival, gear from Gibson, and management by Shelter Music Group, among other opportunities.

An open call for interested artists and bands has launched, with applications (fee required) available via the No Cover website. As of now, no TV network or streaming service has been announced for the show.

Previous Story
The Kills Share Cover of “I Put a Spell on You”: Stream
Next Story
Elvis Costello Performs “Hey Clockface / How Can You Face Me” with Jon Batiste on Colbert: Watch
Popular
More Stories
[fu-upload-form form_layout="media" title="Submit Your Photo"][input type="hidden" name="ugc" value="1"][/fu-upload-form]