Joe Biden beat out Trump, despite a targeted attack by bots 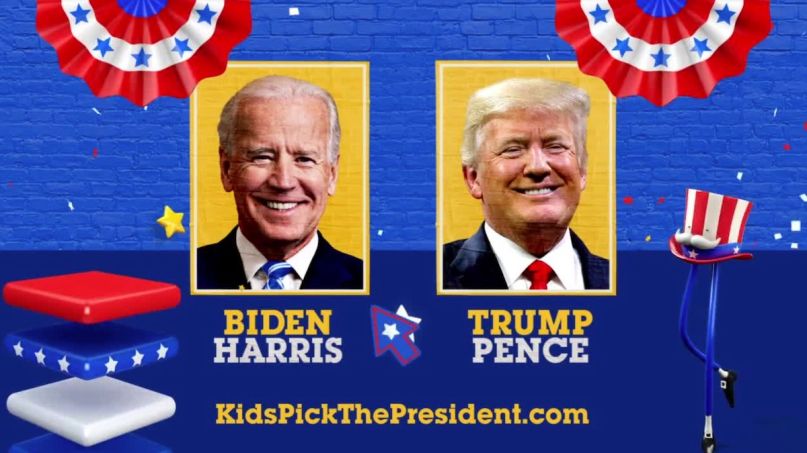 Not even our children are safe from voter fraud and political corruption: Nickelodeon’s “Kids Pick the President” poll has been hacked.

The disturbing news was revealed during Nick’s Kids Pick the President special that aired Tuesday evening. “We know you depend on Nick for fairness and honesty so we wanted to be honest with you,” said a narrator for the special, via The Hollywood Reporter.

“As we conducted our vote, our tech wizards at Nick discovered some cheating and were able to eliminate the unfair votes from our count. After lots of vetting, we feel super confident in our results.”

According to Nickelodeon, suspicious bots were detected on October 21st, just one day after the poll opened. Around that same time the network also noticed online chatter “discussing corrupting” the Kids Pick the President poll.

Following the aforementioned vetting process, a total of 130,000 votes were found to be fraudulent and were promptly discarded. However, the remaining 90,000 authenticated votes still spelled out a win for Joe Biden (53%), who narrowly beat Donald Trump (47%). Nickelodeon didn’t mention whether the winner results would have been different had the fake votes not been tossed out.

“Though kids are not of an age to vote, “Kids Pick the President” is a platform where their voices do count, and they deserve to be heard,” the network said in a statement. “And just as kids value honesty and fairness, so do we at Nickelodeon. Therefore, out of respect for kids everywhere and in the spirit of civic responsibility, we present the name of the winner based on votes cast fairly and within our stated guidelines of one vote counted per household device.”

Although children are too young to vote in the 2020 Election, their non-scientific poll actually yielded numbers not unlike those coming up in real-life polls currently taking place around the US.

The importance of political engagement amongst the youth has always been a hot topic during election years. And right now, it seems the youngins have really stepped up: Per Politico, “younger voters [ages 18-29] make up a larger share of the early voting electorate than they did at this point in either 2018 or 2016.”