The follow-up to the excellent 2019 album Miss Universe 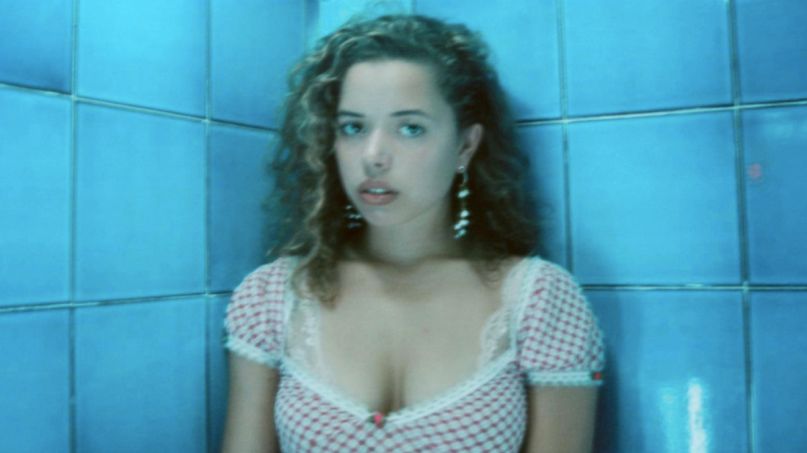 Nilüfer Yanya has announced the Feeling Lucky? EP. It drops December 11th, and the British artist is celebrating with the new single “Crash”.

This is the follow-up to Miss Universe, her debut album and one of our favorite records of 2019. Unsurprisingly for a young songwriter whose first full-length effort blew up, Yanya has been thinking about luck — both consciously and subconsciously. As she noted in a statement, it wasn’t until she’d been working on the EP for a while that she realized the connecting theme. She said,

“One of the songs had the theme of luck in it as a concept but then I realized they all do. That got me thinking about luck in general; good and bad. Things out of our control and things in control of us, how often we put acts and happenings down to the fortune of good luck or bad luck when things exceed our expectations or don’t go according to plan.”

Her new single “Crash” is an oblique take on those ideas. Co-written by Nick Hakim, “Crash” finds the narrator with head spinning from too many questions. She repeats the line, “Where the heavy drinkers at?” which helps set the scene, but still there’s a sense of things tipping towards a point of no return. “I was under the impression these things don’t go bad,” Yanya sings. “I was under this impression.” And perhaps most of the time they don’t, but that’s where the luck comes in.

The song comes with a music video that features Yanya  in a severe rock and roll take on a the uniform of a flight attendant. “The video for “Crash” takes place on a flight,” Yanya said. “Last year, doing a lot of touring I found myself becoming more and more anxious each time I boarded a plane, something which was new for me as I’ve never had a fear of flying. With each flight we took it felt like the turbulence was getting worse and I was convinced my luck was due to run out. I didn’t write “Crash” about being on an aeroplane but I really like it visually as an embodiment of the song.” Check out “Crash” below.

The official tracklist hasn’t been shared for Feeling Lucky?, but it at least includes “Crash”, the track “Same Damn Luck”, and “Day 7.5093”, which she premiered over the summer during an NPR Tiny Desk (Home) Concert.