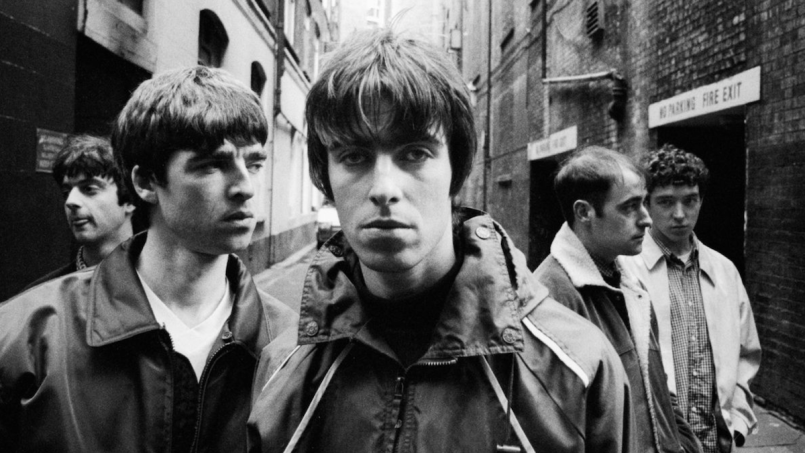 Oasis circa 1994, photo by Kevin Cummins

Today is gonna be the day that… Oasis enter the history books. The British rock group’s anthemic “Wonderwall” has just become the first ’90s song to hit one billion streams on Spotify. The momentous milestone comes as the single, as well as the classic album on which it appears, (What’s the Story) Morning Glory?, celebrates its 25th anniversary.

“Wonderwall” was originally released on October 30th, 1995 as the third single from (What’s the Story). Written by Noel Gallagher, it’s said to describe “an imaginary friend who’s gonna come and save you from yourself.”

The song has gone on to become one of — if not the — most popular in the entire Oasis catalog, and has even spawned its own meme. Its corresponding music video is also Oasis’ most viewed. At the 1997 Grammys, “Wonderwall” earned the band two nominations: Best Rock Song and Best Rock Vocal Performance.

Earlier this month, a special vinyl reissue of (What’s the Story) was released to mark its 25th anniversary. In just a matter of weeks, the LP has already reached No. 3 on the UK Official Album Chart. “This is the highest chart position in the UK since August 1996, with a 640% sales increase week on week,” according to a statement. (What’s the Story) is currently the UK’s fifth best-selling album in history and has since sold 22 million copies worldwide.

Despite their worldwide success, Oasis formally broke up in 2009, though Liam Gallagher has pushed for a reunion, even as recently as this past March. “Rite sick of pleading begging etc no more olive branches I DEMAND an oasis reunion after this is all over all money going to NHS c’mon you know As we were LG x,” he tweeted. The olive branch, of course, is in reference to his and brother Noel’s ongoing feud. In the years since disbanding, the siblings have exchanged plenty of heated words — one summer, in fact, Noel could not stop calling his brother a “potato”.  Burn.