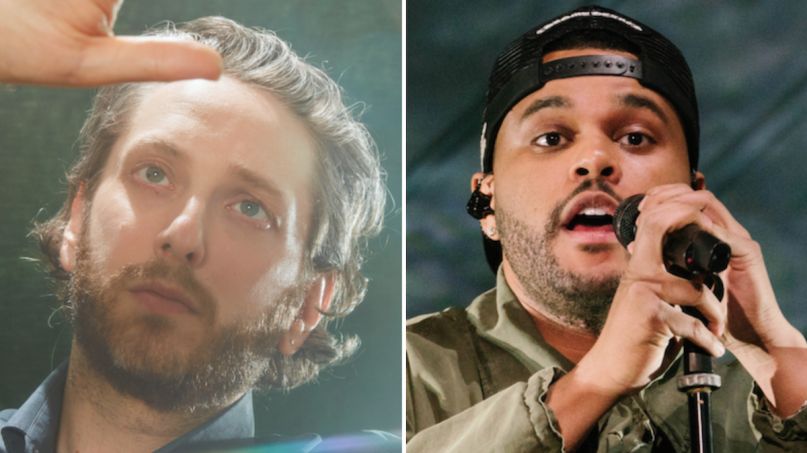 The latest album from Daniel Lopatin’s Oneohtrix Point Never project is set to drop this Friday — just in time for Halloween. Entitled Magic Oneohtrix Point Never, the album was first teased with the three-song “Drive Time Suite”, which included the Caroline Polachek-featuring track “Long Road Home”. Today, OPN has unveiled another block of songs, the “Midday Suite”, which boasts another major guest collaborator in The Weeknd.

The five individual tracks that make up “Midday Suite” are entitled “Cross Talk II”, “I Don’t Love Me Anymore”, “Bow Ecco”, “The Whether Channel”, and “No Nightmares”. It’s on that latter song, a dreamy power ballad fit for an ’80s cinematic romance, where The Weeknd provides his silky vocals. Also contributing to the suite is Nolanberollin, who appears on the six-minute-long glitchy wonder “The Whether Channel”.

According to a press release, The Weeknd’s Abel Tesfaye actually is credited as an executive producer across Magic Oneohtrix Point Never. Other newly confirmed guests on the album include Arca and Nate Boyce.

Take a listen to the complete “Midday Suite” via the YouTube playlist below. Magic Oneohtrix Point Never, the follow-up to Lopatin’s 2018 OPN album, Age Of, and last year’s Uncut Gems score, is out October 30th. Pre-orders and pre-saves are available now.

OPN recently contributed to an “extended mix” of Polachek’s single “The Gate” alongside PC Music’s Danny Harle. The track came in celebration of the one-year anniversary of the former Charlift member’s debut solo album, Pang.