The Star Wars and X-Men: Apocalypse could be taking on the role of Marc Spector 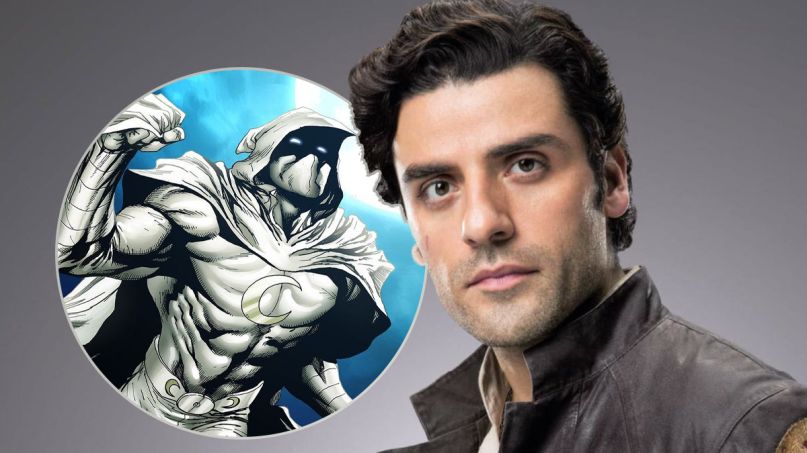 After playing the titular villain in X-Men: Apocalypse, it looks like Oscar Isaac may be taking on another headlining role in a Marvel project — only this time as a hero. Variety reports the actor is in talks to star in the Moon Knight series coming to Disney+.

Should Isaac officially sign on for Moon Knight, he’d play Marc Spector, a rich ex-mercenary who devotes himself to the Egyptian moon god Khonshu in order to save his life. As Knonshu’s avatar Moon Knight, he viciously fights crime with weapons funded by his massive wealth, often drawing comparisons to Batman in that sense. However, Moon Knight isn’t Spector’s only alternate identity, as he creates the personas of millionaire Steven Grant and cab driver Jake Lockley to further aid in his heroics. Later incarnations of the character depicted all four of his personalities as the result of dissociative identity disorder.

Jeremy Slater, who created and wrote for the TV adaptations of The Umbrella Academy and The Exorcist, has been tapped as the Moon Knight head writer and executive producer.

Casting Isaac would nearly complete Marvel’s quest for new faces to feature in the Disney+ branch of the Marvel Cinematic Universe. Last month, newcomer Iman Vellani won the role of Ms. Marvel, while Tatiana Maslany was brought on to smash as She-Hulk. All that’s left is finding the actress to star as Kate Bishop alongside Jeremy Renner in Hawkeye, though Hailee Steinfeld has long been linked to the part.

That’s all in addition to the streaming series spinning off from pre-exisiting film properties. Elizabeth Olsen and Paul Bettany’s WandaVision is expected to debut this year, followed by Tom Hiddleston’s Loki and The Falcon and Winter Soldier with Anthony Mackie and Sebastian Stan in 2021. Word broke recently that Samuel L. Jackson is also set to reprise his Nick Fury role for his own show. To catch all the action, sign up for Disney+ now, or bundle it with Hulu and ESPN+ for a steal of a discounted price.

Moon Knight would further cement Isaac’s reputation as a modern sci-fi/genre icon. Besides his X-Men role (which is separate from the MCU), he starred in the Star Wars sequel trilogy, is part of Denis Villeneuve’s Dune cast, appeared in Annihilation, and stunned in Ex Machina. He even gave a voice cameo as Miguel O’hara, aka Spider-Man 2099, in the Spider-Man: Into the Spider-Verse post credits scene. At the beginning of the year, it was reported Isaac would produce and star in an adaptation of Brian K. Vaughn’s acclaimed comic series Ex Machina, though it would be re-titled The Great Machine to avoid confusion with the 2014 movie.