The remix had a heavy presence on rock radio in the early 2000s, but never received a proper release 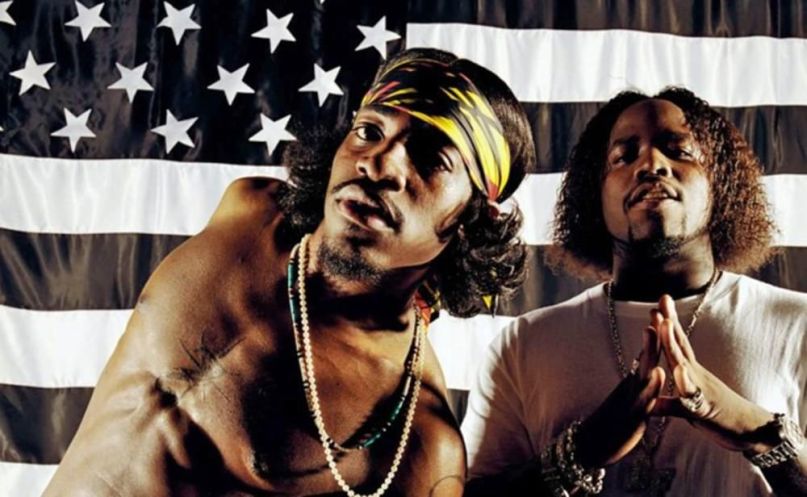 OutKast plan to mark the 20th anniversary of their landmark album Stankonia with an expanded digital reissue due out on October 30th. Undoubtedly, the most noteworthy recording found on the tracklist is a remix of “B.O.B. (Bombs Over Baghdad)” from Rage Against the Machine’s Zack de La Rocha.

Though de la Rocha’s remix had a heavy presence on rock radio in the early 2000s, the track never received a proper commercial release, nor has it been available on digital streaming platforms. That is, until today. To tease the forthcoming Stankonia reissue, OutKast have finally released de la Rocha’s “B.O.B.” remix to the masses. Take a listen below (via Rolling Stone).

“Zack added an extra layer of grunge to a masterpiece,” OutKast’s Big Boi said of the remix in a statement. André 3000 added, “I’m a fan of the Rage sound so it was an honor to have them involved in a remix.”

Alongside the “B.O.B.” remix, other previously unreleased tracks found on the reissue include the Stankonia remix of “So Fresh, So Clean” featuring Snoop Dogg & Sleepy Brown, the Mr. Drunk remix of “Ms. Jackson”, and a cappella renditions of all three songs.

More recently, de la Rocha has collaborated with another talented hip-hop duo in Run the Jewels, and recently joined Killer Mike and El-P for their televised album performance of RTJ4.