Ozzy Osbourne: Eddie Van Halen Once Asked Me to Sing in Van Halen 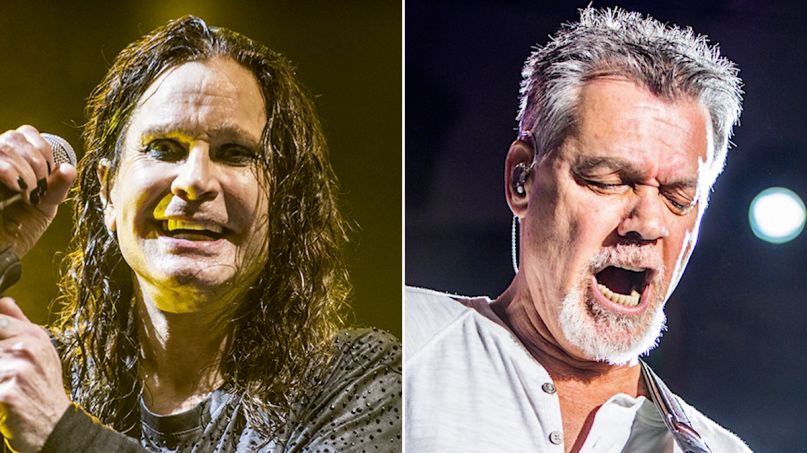 In the wake of Eddie Van Halen’s passing earlier this month, some never-before-told stories have come to light about Van Halen’s search for a new singer over the years. Former Journey vocalist Steve Perry recently disclosed that Eddie had informally reached out to him about replacing David Lee Roth in the ’80s. Now, Ozzy Osbourne reveals that the guitarist once asked him to join the band.

While Perry’s story had some viability, Ozzy admitted that Eddie was likely drunk when he received a late-night call from the guitar icon. In speaking with guitarist Billy Morrison (The Cult, Billy Idol) on SiriusXM’s Ozzy’s Boneyard channel, Ozzy said, “[Eddie] phoned me up one time and asked me if I wanted to sing in his band — way after Sammy [Hagar]. I think he was a bit drunk. We’ve all done one of them — calling at four o’clock in the morning, going, ‘I’ve got a great idea’.”

While it’s hard to pinpoint when the conversation may have taken place, it could be around the mid ’90s when Hagar was replaced with Gary Cherone. Whether Eddie was drunk or not, it adds to the lore of what might have been for Van Halen. Before settling on Hagar, Van Halen reached out to Scandal singer Patty Smyth and Hall & Oates crooner Daryl Hall about the open lead singer position after David Lee Roth exited the band in 1985.

Ozzy, who has featured such virtuosos as Randy Rhoads and Zakk Wylde in his band, is certain that Eddie was one of the greatest to ever play the guitar. “You think you’ve seen it all,” he said on the same radio program. “Then out of the blue, somebody comes out with such a revolutionized way of playing. To watch Eddie play was, like — his hands would turn into a spider. It was remarkable. He always made it look like it was so easy.”

Eddie Van Halen died on October 6th after a battle with cancer. Ozzy is just one of many fellow musicians who’ve sung the guitarist’s praises since his passing.

After a series of health setbacks, Ozzy is back in the studio, already recording the follow-up to his 2020 album, Ordinary Man. The metal legend also has plans to continue his “No More Tours 2” farewell trek in 2022.

Listen to Ozzy Osbourne talking about Eddie Van Halen below.