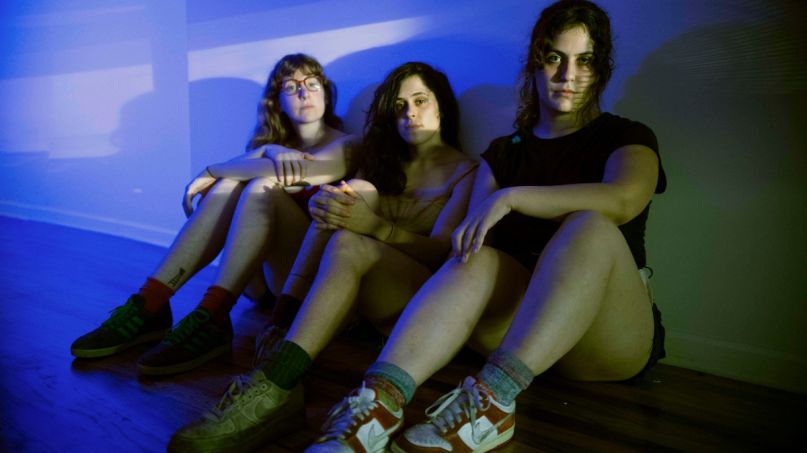 Indie trio Palberta will kick off the new year with a new full-length album. Titled Palberta5000, it marks the group’s fifth overall and follow-up to Roach Going Down from 2018.

Over the course of their last few records, the New York natives have earned a reputation for idiosyncratic, hard-to-categorize rock — the kind that mashes together experimental, surf rock, post-punk, punk, and more. For their forthcoming effort, however, Ani Ivry-Block, Lily Konigsberg, and Nina Ryser are pumping in more pop melodies.

Palberta elaborated in a statement,

“While punk music was our first love, pop music has become our fixation. Throughout the making of Palberta5000, we were focused on making music that people could not only sing along to but get stuck in their heads… that and attempting to make songs longer than 50 seconds…While our melodies have gotten more melodic and our singing less harsh, we haven’t strayed too far from who Palberta is, defiantly Palberta. And no one will shape us to be otherwise.”

The new album was recorded in just four days, “fueled by carrots, celery, radishes, and peanut-butter-and-jelly bagels,” with Matt Lambozza at his studio in Peekskill, New York. The space is notably located in the original home of Paul Reuben, better known as Pee Wee Herman.

To preview Palberta5000, the three-piece is sharing new single “Before I Got Here”. As promised, the track is certainly longer — at over three minutes, it’s definitely one of their lengthiest — and comes with a springy chorus that should get your head bobbin’ in no time. Proving they haven’t forgotten their eccentric ways, the second half of the track is a winding, math-y rock instrumental featuring an unexpected, but not totally out of place trumpet arrangement.

Check out “Before I Got Here” below via its official video. Palberta5000 drops January 22nd via Wharf Cat Records and is available to pre-order now.