The song was played aloud prior to Trump taking the stage in Des Moines, Iowa on Wednesday night 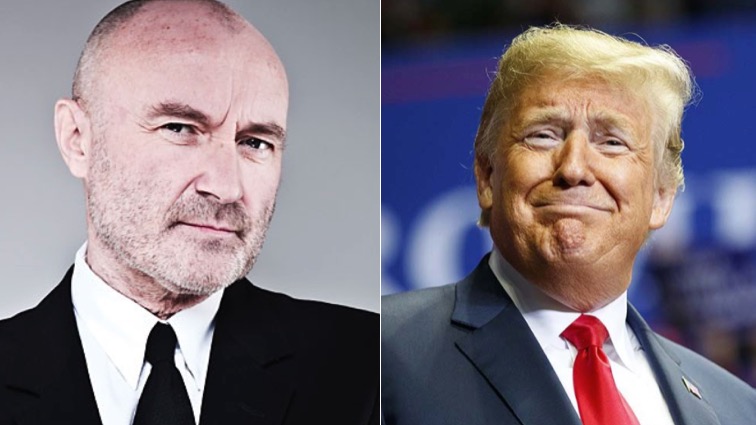 Phil Collins has hit Donald Trump’s presidential campaign with a cease and desist order following the unauthorized use of “In the Air Tonight” during a rally in Iowa earlier this month.

Collins’ 1981 solo single was played aloud prior to Trump taking the stage in Des Moines, Iowa on October 14th. The campaign has a tendency of using songs without listening to their lyrics — the most recent example being CCR’s “Fortunate Son” — but playing a song titled “In the Air Tonight” as an airborne virus continues to ravage the country seems particular tone-deaf. Then again, it could’ve also been the campaign’s way of flipping a middle finger at health officials and media members who question why Trump is holding mass gatherings where many of the attendees are not wearing masks.

Whatever the case, Trump’s campaign did not have permission to use the song. A representative for Collins tells Consequence of Sound, “Yes we are well aware of the Trump campaign’s use of this song and we have already issued a ‘cease and desist’ letter via our lawyers who continue to monitor the situation.”

Update – October 26th: TMZ has obtained a copy of the cease and desist letter sent by Collin’s legal team to the Trump campaign. Collins’ attorney, David A. Steinberg, writes that the use of the song was “not only wholly unauthorized but, as various press articles have commented, particularly inappropriate since it was apparently intended as a satirical reference to Covid-19. That reference was made at a time when Iowa was suffering from an acceleration of Covid-19 infection. Mr. Collins does not condone the apparent trivialization of Covid-19. Moreover, Mr. Collins has serious concerns that the manner in which the Trump campaign has used ‘In the Air Tonight’ has caused, and will cause, damage to Mr. Collins’ reputation and popularity with the public.”

As it turns out, Collins’ legal team also sent Trump a cease-and-desist in June after he played “In the Air Tonight” at a rally in Tulsa. Trump’s campaign never responded to the letter.

Collins joins a long list of prominent artists who’ve served Trump’s campaign with cease and desist orders over the unauthorized use of their music. Acts like The Rolling Stones, Neil Young, and Leonard Cohen’s estate have gone even further by threatening legal action.

Watching @CNN's @ErinBurnett & Jim @Acosta talk about the mostly maskless crowd at tonight's #Iowa Trump rally in Des Moines, where Covid-19 cases are rising… while the campaign is blasting @PhilCollinsFeed "IN THE AIR TONIGHT" is peak #2020 🤦‍♂️🙆🤷#Wtf #VOTE #BidenHarris2020 pic.twitter.com/YOpC26ptvC