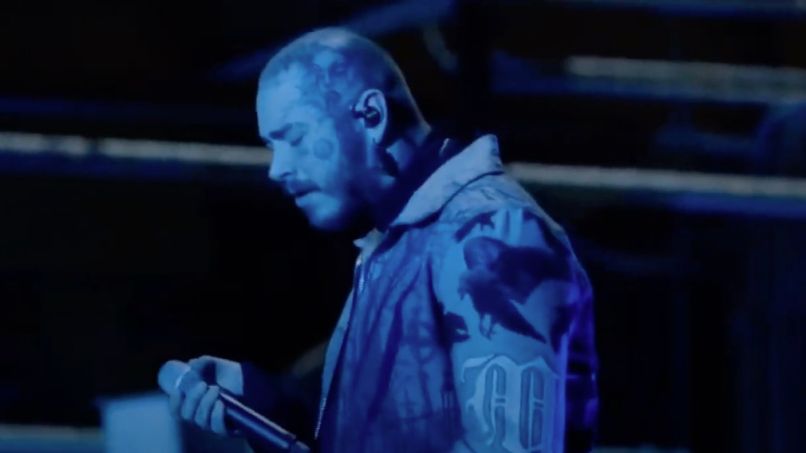 Post Malone led the 2020 Billboard Music Awards with 16 nominations across 15 categories. The Hollywood’s Bleeding rapper also performed during the telecast, appearing remotely from a Los Angeles refinery, where he was joined by Tyla Yaweh.

Unsurprisingly given the location, the “performance” was clearly lip-synched — and not terribly well. Posty started from atop the industrial structure, barely keeping himself timed to the playback of “Circles”. As he walked down to join Yaweh, fireworks started shooting off around them… silently, because again, none of the audio was live. The pair “delivered” their collaborative single “Tommy Lee”, gamely trying to sing along but coming off more as a pantomime of a rap performance.

Frankly, the entirety of the pandemic-era 2020 Billboard Music Awards has been a bit of a mess thus far, so this dumb-show was actually pretty exemplary in that respect. Check it out below.

When afforded the opportunity, Post Malone has proven himself to be a talented live performer. Look no further than his Nirvana covers set, which remains the gold standard for quarantine performances.