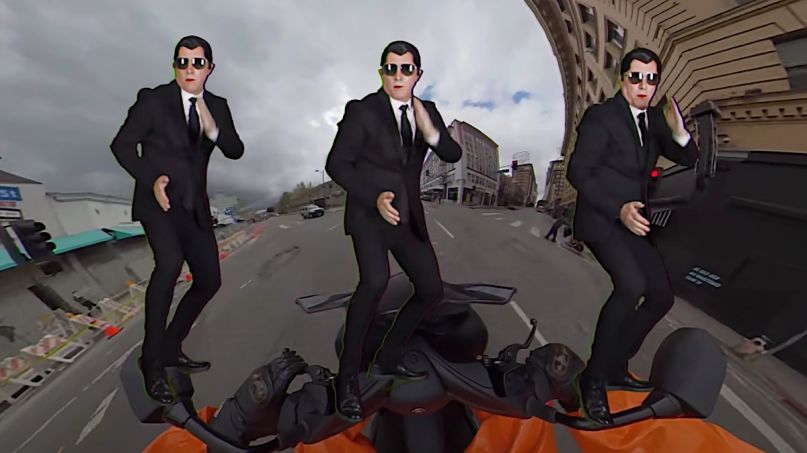 Puscifer are back with their fourth album, Existential Reckoning, which comes five years to the day that their previous LP, Money Shot, was released. The new album is available to stream via Apple Music or Spotify below.

The experimental rockers are led by singer Maynard James Keenan (Tool, A Perfect Circle), along with fellow core members Carina Round and Mat Mitchell. The first taste of Existential Reckoning came in form of lead single “Apocalyptical”, which was accompanied by a music video featuring a dancing Keenan.

Elsewhere on Existential Reckoning, leadoff track “Bread and Circus” serves as a grand and atmospheric opener, while “Fake Affront” features Keenan at his angriest on the album. Throughout the LP, Keenan and Round share vocal duties, leading to some gorgeous harmonies.

Musically, Mitchell utilized a vintage Fairlight IIx computer instrument during the recording process. The same device was used by Peter Gabriel in the early ’80s, and it helps give Existential Reckoning a throwback and futuristic sound at the same.

Both in its music and in the manner the album was announced, there are themes of paranormal activity and alien abduction that permeate Existential Reckoning. As Keenan told us in a recent interview, “That mystery that surrounds The Day the Earth Stood Still or X-Files, just all kinds of shows like that, I like those mysterious ‘you never really quite answer the question’ shows.”

After giving Existential Reckoning a couple of spins, check out Puscifer’s streaming concert event, filmed in the middle of the Arizona desert. The pay-per-view stream, dubbed “Existential Reckoning: Live at Arcosanti”, will feature the band performing the LP in its entirety. The concert debuts Friday (October 30th) at 3 p.m. PT / 6 p.m. ET.