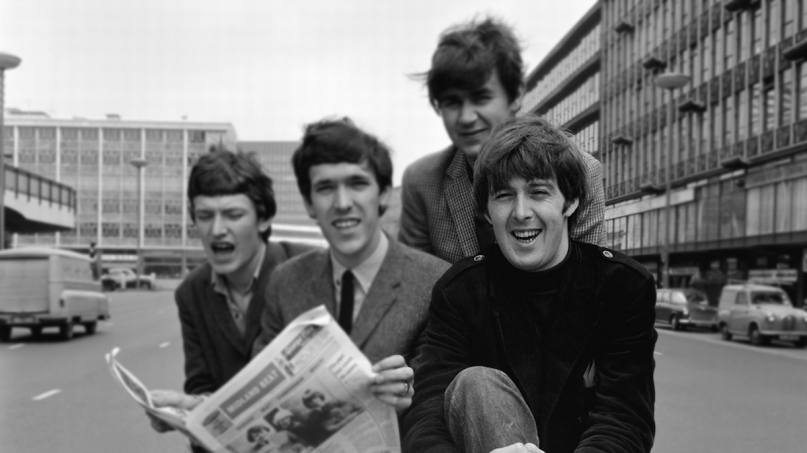 Spencer Davis, founding member and namesake of the UK rock band The Spencer Davis Group, has died at the age of 81. His agent, Bob Birk, confirmed to the BBC that Davis passed away in a California hospital on October 19th after suffering heart failure while being treated for pneumonia.

Davis formed The Spencer Davis Group — originally called The Rhythm & Blues Quartet — after he saw brothers Steve and Muff Winwood performing at a local pub. He asked them to join a band with him, and eventually brought in drummer Pete York to complete the lineup. Though bearing his name, Davis wasn’t the singer of the group, as might be expected. Instead, it was a teenaged Steve Winwood providing vocals on The Spencer Davis Group’s biggest hits, such as “I’m a Man”, “Gimme Some Lovin”, and “Keep on Running”.

As Muff Winwood told Mojo in 1997 (via Variety), “Spencer was the only one who enjoyed doing interviews, so I pointed out that if we called it the Spencer Davis Group, the rest of us could stay in bed and let him do them.”

Davis’ connections to rock and roll history are deep. Born in South Wales, he began playing with bands in his teens. One of his earliest groups was The Saints, which featured bassist Bill Perks, later known as Bill Wyman when he joined The Rolling Stones. In his 20s, Davis moved to Birmingham, where he dated and performed with Christine Perfect, who would go on to take the name Christine McVie when she married her Fleetwood Mac bandmate John McVie.

It was in 1963 when Davis met the Winwood brothers and formed The Spencer Davis Group. Their cover of reggae artist Jackie Edwards’ “Keep on Running” became their first No. 1 UK hit when it was released as a single off their sophomore LP, 1966’s The Second Album. Later that year, they released Autumn ’66, which featured another Edwards cover, “Somebody Help Me”, also topping the charts.

The band’s success reached the United States with the rest of the British Invasion thanks to the enduring hit “Gimme Some Lovin”, released in the fall of ’66. It was the first song written by the group’s members (the Winwoods and Davis) to actually achieve success, reaching No. 7 on the Billboard Hot 100. “I’m a Man”, penned by Steve Winwood and producer Jimmy Miller, followed in early ’67, hitting No. 10 in the US. Both songs became frequent covers for other artists, with The Blues Brothers turning in a popular version of the former and Ty Segall delivering a rendition of the latter on a 2018 covers album, Fudge Sandwich.

After the Winwoods announced their departure in 1967, The Spencer Davis Group soldiered on for another two years before splitting up. Davis then moved to California, where he tried his hand at a jazz-influenced solo career. In 1973, he reformed The Spencer Davis Group with a new lineup, putting out a pair of albums in Gluggo and 1974’s Living in a Back Street. He also worked as an A&R executive for Island Records throughout the ’70s.

In 2006, Davis revived the Spencer Davis Group moniker again as a live project, performing throughout the next decade. However, there were different touring lineups for the US and European treks, and none featuring the original members.

Davis is survived by his three children, Lisa, Sarah and Gareth, as well as five grandchildren.