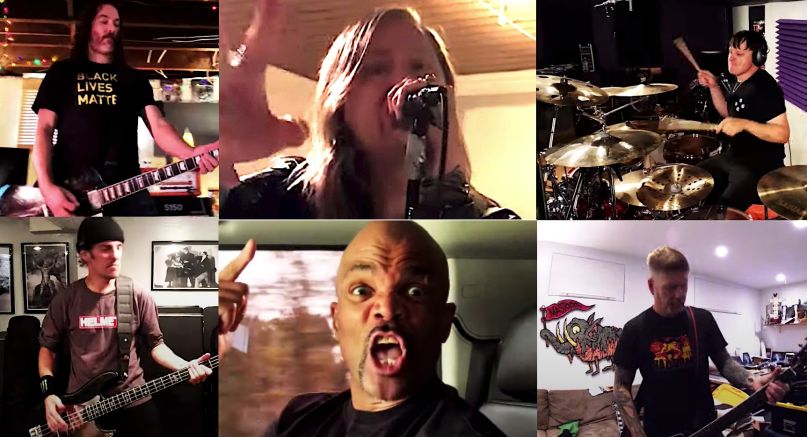 There has been a plethora of impressive all-star quarantine performances during the pandemic, but this latest one is especially ambitious. Thirteen musicians from bands such as Refused, Mastodon, Korn, Run-DMC, Anthrax, Filter, and more have joined forces to cover the Faith No More song “We Care a Lot”.

The collaboration was organized by Slaves on Dope members Jason Rockman and Kevin Jardine, who contribute vocals and guitar to the performance, respectively. Refused frontman Dennis Lyxzén handles the first verse, while other vocalists include Darryl “DMC” McDaniels of Run-DMC; Richard Patrick of Filter; Walter Schreifels of Quicksand; Kevin Sharp of Brutal Truth; rapper Escoteric of Czarface; and Raine Maida of Our Lady Peace.

Considering the amount of musicians, the mix and overall result is rock solid. The performance was organized to support the Roadie Relief effort, benefitting concert crew members who have been out of work in the midst of the pandemic.

“We Care a Lot” is the title track to Faith No More’s debut album, released in 1985, when Chuck Mosley was their singer. A funny moment comes at the very end of the all-star performance when Faith No More bassist Billy Gould makes an amusing appearance — but we won’t give the whole thing away.

Watch for yourself below, and purchase the track via Bandcamp to help support Roadie Relief.