Marking the directorial debut for the Emmy-nominated Barris 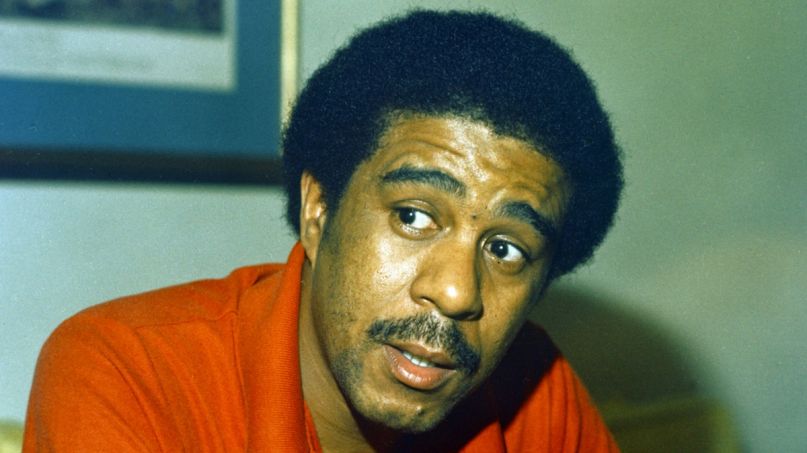 A new biopic about Richard Pryor is in the works at MGM. black-ish creator Kenya Barris is writing and directing the film in collaboration with the legendary comedian’s widow, Jennifer Lee Pryor.

The project was won by MGM after a heated bidding war between various studios. The film will be produced by Barris’ Khalabo Ink Society, Lee Pryor’s Tarnished Angel, and Tory Metzger for Levantine Films. Adam Rosenberg will serve as executive producer.

An ensemble crew like that is necessary to do the iconic Pryor justice. The late comic is one of the most beloved stand-up comedians of all time, and he has five Grammy’s, two American Academy of Humor awards, and the first ever Mark Twain Humor Prize award to prove it. Before he died in 2005, he also starred in over 50 movies (including Blazing Saddles and Harlem Nights), wrote for TV shows like Sanford & Son, and had his own variety programs, The Richard Pryor Show and Pryor’s Place.

Pryor’s achievements are all the more remarkable considering his upbringing. He grew up in a brothel run by his grandmother, and where his alcoholic mother worked as a prostitute. He was sexually abused at age seven, and expelled from school at the age of 14. In 1958, he joined the U.S. Army, but was incarcerated after stabbing a white solider who was overly amused by racially charged scenes in Douglas Sirk’s Imitation of Life.

“The way Pryor did what he did — with truth and specificity that was somehow self-aware and self-deprecating, and said with an unmatched level of vulnerability — that was the power and impact of his work,” the Emmy-nominated Barris said in a statement about the project. “Pryor had a voice that was distinctly his and, in many ways, comedy since then has been derivative of what he created. To me, this is a film about that voice, the journey that shaped it, and what it took for it to come to be.”

Lee Pryor added, “Having had a front-row seat to much of Richard’s life, I am excited that the mystery of his genius is finally going to be explored and Kenya Barris is the perfect person to do it. Richard and Kenya are creative brothers.”

Obviously the film is a ways out, but hopefully the project makes it to the finish line altogether. In 2016, Lee Daniels wrote a script for a different Pryor biopic that was set to be produced by JAY-Z and feature stars like Eddie Murphy, Oprah Winfrey, Mike Epps, Kate Hudson, and more. The film never actually manifested, so fingers crossed that Barris and Lee Pryor can get this one off the ground with no major hurdles (outside of COVID-19, of course).