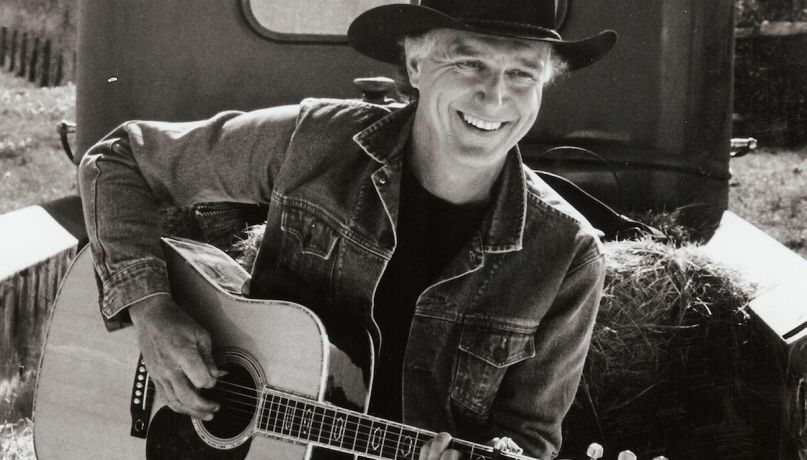 Walker was born Ronald Clyde Crosby on March 16th, 1942 in Oneonta, New York. He played guitar in a few local bands before becoming a full-time traveling musician after graduating from high school. On his way south, Walker spent some time in New York City, where, inspired by Greenwich Village’s folk scene, he ended up recording two albums with a group dubbed Circus Maximus.

His journey took him to places like the Florida Keys and New Orleans, and it was in the latter Louisiana city that he officially took up his stage name of Jerry Jeff Walker. It was also a chance encounter in the Big Easy’s drunk tank that would eventually inspire his first and biggest hit, “Mr. Bojangles”. Released in 1968, the song went on to be famously covered by artists such as the Nitty Gritty Dirt Band, Bob Dylan, Dolly Parton, Sammy Davis Jr., Nina Simone, and John Denver, among others.

In addition to chart-topper “Mr. Bojangles”, Walker’s legacy lives on through the Texas music scene. The singer-songwriter moved to Austin in the early 1970s and quickly became associated with the outlaw country movement that also featured folks like Willie Nelson and Michael Martin Murphey.

While in the Lone Star state, Walker often played with the Lost Gonzo Band, an ensemble group featuring locals such as Murphey and Ray Wylie Hubbard. He also released the beloved live album Viva Terlingua! in 1973. Recorded at a dance hall in Luckenbach, it included songs often regarded as early outlaw country classics.

“It’s still the quintessential Texas album as far as explaining how it all was before Austin City Limits,” Walker recounted to Rolling Stone in 2018. As the publication notes, the LP’s “Up Against the Wall, Redneck Mother” actually served as the theme song for the ACL TV series for three decades.

In 1974, Walker married Susan Streit, who would later become his manager and help him launch his own record label dubbed Tried & True Music.

Walker regularly released records on his label and others in the ’70s, ’80s, and ’90s. He survived a bout of throat cancer in 2017, though he later described it as a “near-death” and “touch and go” experience punctuated by regular chemotherapy, radiation, pneumonia, and a blood infection. A year later, Walker put out It’s About Time, his first album in 10 years and what would eventually become his final full-length.

While he did enjoy fame and success throughout his career, Walker was never considered the kind of musician that worked to please record labels and commercial entities — which is why the outlaw country tag naturally stuck with him.

“‘Outlaw country’ made it sound like you had to go to jail to be an artist, but it’s just that some people like Waylon and Willie were outside the business [norm],” Walker told Rolling Stone. “People said, ‘We’re different, but we’re not hillbilly country.’ We didn’t blacken our teeth and wear baggy pants, we just liked cowboys and played like that.”