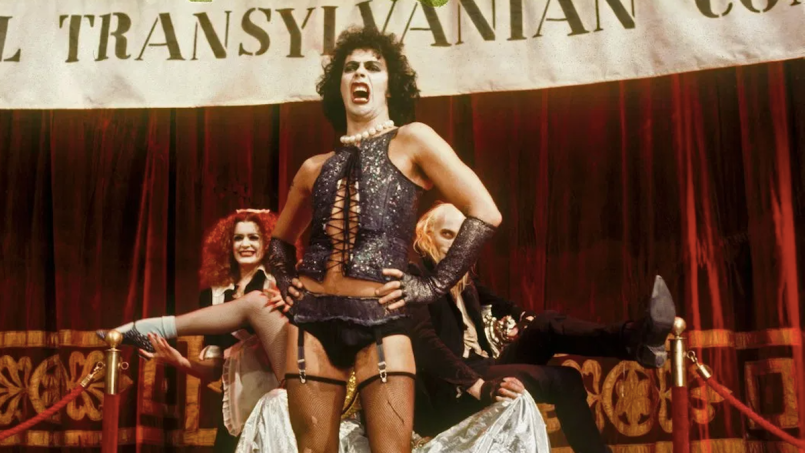 There’s a rising star in leftist politics, and we don’t mean the California senator or the representative from the Bronx. No, it’s the talent booker for the Wisconsin Democratic Party, who has already put together cast reunions for Veep, Happy Days, The Princess Bride, and Parks and Recreation. Now, the donkeys in the Dairy State have announced a Halloween night livestream featuring music and actors from The Rocky Horror Picture Show.

Based on the 1973 musical The Rocky Horror Show, the RHPS film arrived in 1975 as an instant cult-classic. The gender-bending comedy took on new life after theaters in Los Angeles and San Francisco arranged midnight screenings with so-called “shadow casts” — groups of live performers who acted out the movie and encouraged audience participation. With elaborate call-and-response sections and props brought from home, a live screening of Rocky Horror is unlike anything else, either in this world or Transexual Transylvania. This author spent many happy Friday nights in Madison tottering in his mother’s heels and hurling slices of toast at the screen. We do not watch Rocky Horror; we become it.

The event will be livestreamed once and only once, on October 31st at 10 pm ET/ 9 pm CT. Tickets are available either through a donation or a pledge to volunteer. Bring your own toast. The goal, as always, is to “Time Warp” Donald Trump right out of the White House.

In recent months, other casts to reunite for a good cause include Ghostbusters, Lord of the Rings,The Goonies, Back to the Future, This Is Spinal Tap, and Seinfeld.