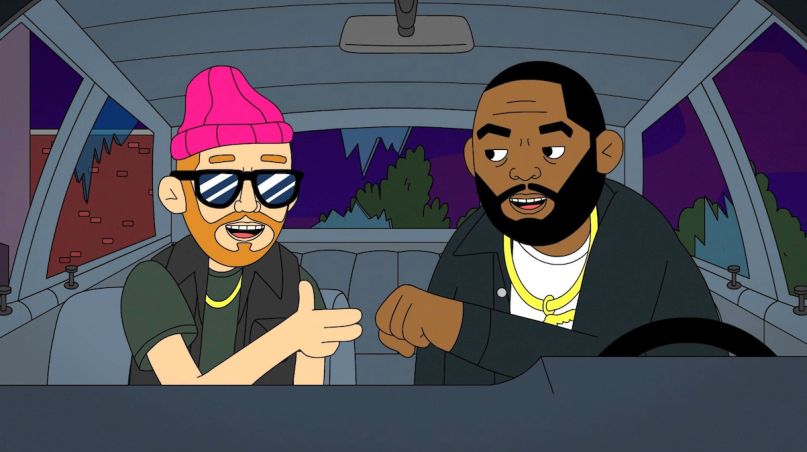 Over the weekend, Run the Jewels aired their “Holy Calamavote” concert special on Adult Swim, giving a live debut to their latest masterpiece, RTJ4. Now, RTJ has today shared a cartoon video for the album track “yankee and the brave (ep. 4)”.

Once again presented by Adult Swim, the Sean Solomon-directed clip was animated by Titmouse, the production house behind shows like Metalocalypse, The Venture Bros., and Big Mouth. For “yankee and the brave (ep. 4)”, they drew up a complete retelling of the track’s narrative — only with evil mechanical police as the antagonists. Though as Titmouse founder Chris Prynoski explained in a statement, there may actually be some truth to this fiction.

“Killer Mike and El-P, would f*** up some robot cops in real life, so I consider this animated music video for ‘yankee and the brave’ a documentary — that documents the future ,” Prynoski joked. “The prophecy of Run the Jewels has flowed through the Titmouse animators’ hearts and into their pencils.”

Check out Run the Jewels’ “yankee and the brave (ep. 4)” video below. You can also read our review of “Holy Calamavote”, which saw the hip-hop duet perform RTJ4 in full with guests Zack de la Rocha, Josh Homme, Mavis Staples, and Pharrell.