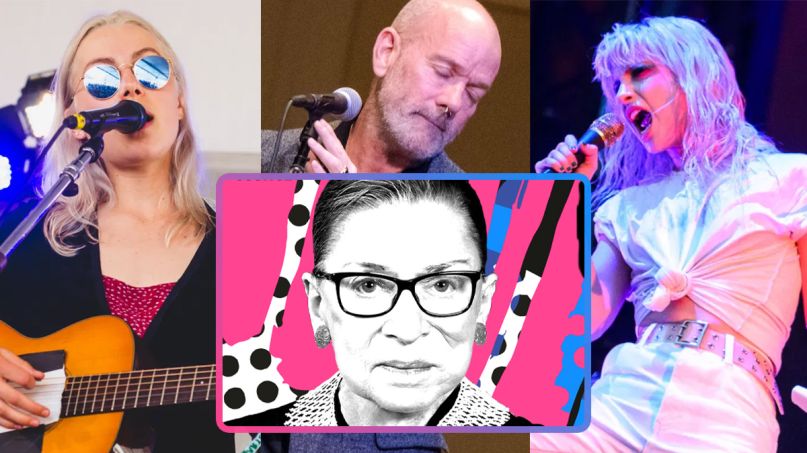 Despite the fact that the COVID-19 outbreak currently working its way through the government possibly started at her nomination ceremony, the GOP seem set on pushing through Judge Amy Coney Barrett’s confirmation hearings. Even worse, the move goes against the dying wishes of Ruth Bader Ginsburg, the iconic Supreme Court Judge whose seat Barrett is trying to fill, and will likely spell the end of Roe v. Wade, the ACA, and other progressive causes. In response, a number of politicians, musicians, and entertainers are joining forces for a virtual RBG tribute called “Honor Her Wish”.

Set to take place October 12th (the first scheduled day of Barrett’s SCOTUS hearings) at 8:00 p.m. ET, the event will honor Justice Ginsburg’s legacy while serving as a rally demanding the Senate to respect her final wish — and the will of the people. Among those scheduled to appear are Michael Stipe, Phoebe Bridgers, Kathleen Hanna, Hayley Williams, Margo Price, Kesha, Jon Batiste, and the Resistance Revival Chorus.

“As the Senate begins confirmation hearings to fill RBG’s seat, we must channel her unstoppable determination as we call on our senators to honor her dying wish that there be no confirmation until inauguration,” reads the event’s page.

To get access to “Honor Her Wish”, simply RSVP via Action Network.