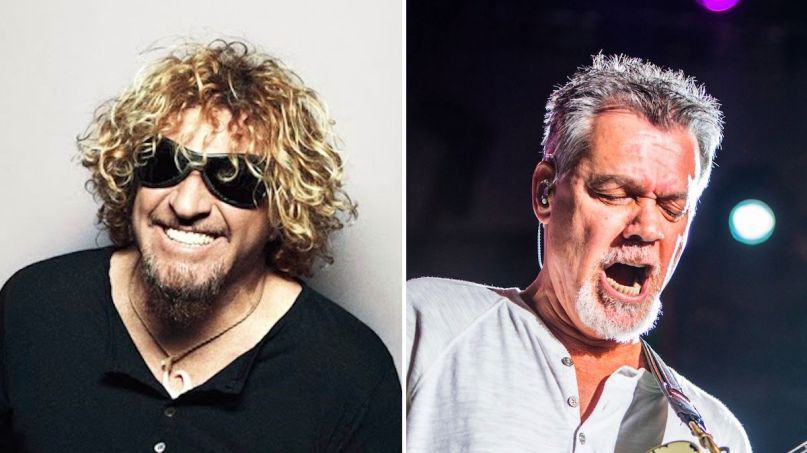 Sammy Hagar and Eddie Van Halen weren’t always on the best of terms, but Hagar rekindled his friendship with the guitarist in the months prior to the latter’s death on Tuesday.

Before reconnecting, the pair hadn’t directly spoken since the end of the 2004 Van Halen reunion tour. However, in a note passed on to The Howard Stern Show this morning (October 7th), Hagar revealed that he’d secretly reconnected with his former bandmate via text in recent months. Their text communication was kept secret to prevent possible Van Halen reunion rumors.

Hagar joined Van Halen in 1985, replacing original frontman David Lee Roth, who went on to pursue a solo career after having his own disputes with Eddie. Often labeled “Van Hagar” when the Red Rocker was out front, the band continued its massive success, and notched a few hit singles along the way. Hagar lasted through 1995’s Balance before Gary Cherone took over vocal duties until 1996. The Red Rocker rejoined Van Halen for a 2004 reunion tour, but the band cut ties with him after that trek.

“Eddie and I had been texting, and it’s been a love fest since we started communicating earlier this year. We both agreed not to tell anyone, because of all the rumors it would stir up about a reunion, et cetera, and we both knew that wasn’t gonna happen. But he also didn’t want anyone to know about his health.

He stopped responding to me a month ago, and I figured it wasn’t good. I reached out one more time last week, and when he didn’t respond, I figured it was a matter of time. But it came way too soon.”

Before Eddie Van Halen’s health declined, rumors circulated of a possible Van Halen tour with either David Lee Roth or Hagar. DLR wasn’t optimistic, but Hagar thought there was a chance it could happen.

“Until Ed or Alex Van Halen die, they’re not finished,” Hagar told Rolling Stone in May, adding, “If there’s concerts next year, Van Halen will probably be on tour next year.”

As the rock world mourns one of its greatest guitar idols, many musicians, friends, and former bandmates have offered words in celebration of Eddie’s life and legacy. Hagar and Roth are among the recent and former Van Halen bandmates to pay tribute to the late guitarist via social media.

To honor Eddie Van Halen, Heavy Consequence looked back on his 10 finest riffs. Crank these songs and pour one out for one of the electric guitar’s greatest innovators.