Saved by the Bell Reboot Trailer Will Have You So Excited, So Scared: Watch

Ready or not, the Bayside gang is back for Peacock's new series 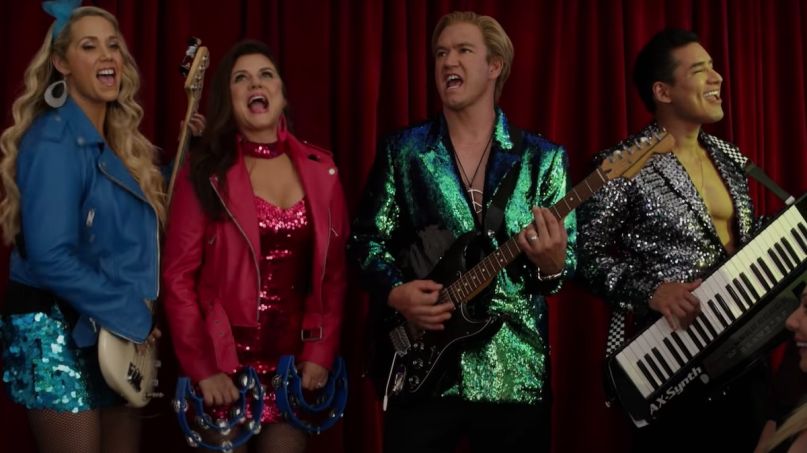 Saved by the Bell reboot trailer

The first full trailer for the Saved by the Bell reboot is here, and to borrow a line from one of the original show’s quintessential episodes, “I’m so excited… I’m so scared.”

The forthcoming series introduces us to a new generation of Bayside students, but it’s hard not to feel as though the reboot merely exists as a vehicle for nostalgia through classic characters Zack Morris (Mark-Paul Gosselaar), Kelly Kapowski (Tiffani Thiessen), Jessie Spano (Elizabeth Berkley), and A.C. Slater (Mario Lopez), who all reprise their roles. (Screech isn’t back for round two for obvious reasons.) Instead of having the returning cast factor only subtly in the background, it appears there are whole plot lines devoted to these stars of yesteryear.

And not even in a fun, cool way; the scenes play out more like “Dad, you’re embarrassing me” kind of situations. Could we not have just let our Saved by the Bell heroes finish college and live their lives?

Anyway, I digress. If ’90s nostalgia and the original Bayside gang are your thing, then this reboot will probably find a spot in your queue. As the trailer promises, there will be plenty of callbacks to the original series, including that iconic “Barbara Ann” living room dance scene, Max’s diner, and the reunion of Zack Attack. Jessie is also still apparently beating herself up over her brief pill addiction. Woo, friends really are forever!

All of these throwback references will be scattered throughout the reboot’s “main” premise, which sees Governor Zack Morris (really!) forced to move low-income students from closed, underfunded schools to “better performing” affluent institutions like Bayside High. A.C., living out his beefcake dreams, works as Bayside’s gym teacher, while Zack’s and Jessie’s respective children are classmates.

The Saved by the Bell reboot didn’t really need to happen, but it’s here nonetheless. Watch the trailer below, and then catch the series when it premieres on Peacock on November 25th.